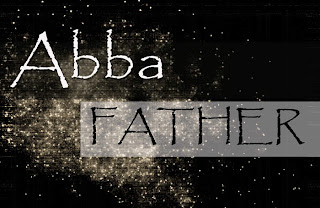 PRAY THE NAMES OF GOD

A childless couple adopts a baby, let us say, around 1960. Then the baby grows up to be a great kid, with straight A's in school and plays shortstop on the Varsity baseball team. His name is Scott.


This young man then falls in love and marries the boss' daughter, around say 1985. They have three kids, buy a home in a new subdivision and live happily ever after!


Now, Scott was adopted. The first thing his permanently new parents did was give Scott THEIR last name, because he belongs to them as a member of their family. Scott has all the rights, privileges and yes, responsibilities of being a legitimate member of that family. He is no less loved by Jack and Diane Smith, than if they had their own biological twins.


Scott is no less a member of the Smith family than Kristen, their miracle daughter who was born five years after Scott was adopted. In fact, no one would have ever known Scott was adopted until he himself mentioned it, when he became Mayor of his little town in 2010 and was honoring his dear parents!


Scott is us. His natural born sister, Kristen, is the Jewish people whom God called His chosen people. We are now all the same family in God. When God sent Jesus Christ to be the Jewish Messiah and they rejected Him, the second part of God's plan was revealed - save the rest of the world.  Jesus sent one of His disciples biggest persecutors - Saul - to accomplish that job. Christ did that when He knocked him blind, off his horse when Saul was heading to Damascus to kill more Christians.


Saul met the Living Jesus in the Third Heaven, as he said, and promptly became Paul - the greatest evangelist the world has ever seen. Here is what Paul wrote about his OWN adoption (and ours) into God's family, as a result of his Conversion on the Road to Damascus:
"For you did not receive the spirit of slavery to fall back into fear, but you have received the Spirit of adoption as sons, by whom we cry, “Abba! Father!” The Spirit himself bears witness with our spirit that we are children of God, and if children, then heirs—heirs of God and fellow heirs with Christ, provided we suffer with him in order that we may also be glorified with him. (Romans 8:15-17 ESV)


That is correct - we are adopted sons and daughters of God and He is our Abba - our Daddy! The word Abba represents the father side of the equation of the father-child relationship in a family. It literally means just that - Dad! This Spirit of adoption which Paul talks about is the Holy Spirit - the Comforter - Who descends into us. The Spirit does that once we are saved and moved from a child of hell, to being a child of the Real God, sealed with the Blood of Christ, Which washed us clean!


Only the Christian, born-again through the Lord Jesus Christ, can legitimately claim to be an Adopted Daughter or Son of the Living God! Only we have the right to cry out to Him "Abba, Father"...and know He will hear us! Now, aren't you glad you are His?!


So Father, in the Name of Jesus, YOU are my Father in Heaven! You are my Daddy! You are my Creator; Provider; Protector; Nourisher; Healer; Banner...in fact I can go on and on until the end of time and still find amazing names to call You! You, oh God, are my All in All!


My Father in Heaven, hallowed, holy, righteous, pure and GREAT is Your Name! I thank You Lord for calling me out of the darkness which the Power of Sin had me living in, into the Kingdom of Your Marvelous Light.

I thank You, Lord, that You sent that Light, Jesus Christ, to be Savior of the World, because YOU, Oh God, are the Father of Lights Who giveth all good things to all Your people.


I thank You, Lord, that You sent the Spirit of that significant event of my salvation through the Cross. That Spirit is not only purely God, but wholly and Holy You! He not only testifies to the Truth of the Gospel and the Full Counsel of Your Word, He has sealed me until the Day of Redemption, when Jesus my Advocate stands before You as my Kinsman Redeemer and says "this one's Mine"! WOW!! PRAISE YOU, PRAISE YOUR HOLY NAME!! WOOHOO!! AMEN!


I thank You, Lord, that this same Holy Spirit is the Spirit of Adoption as well as my Teacher and Guide because He testifies daily that I am truly a member of YOUR family...of YOUR Kingdom...and that I  am truly saved by YOUR Son - Jesus, the King!


I thank You, Lord, that because of that Adoption, You have made me a joint Heir with Christ in the Eternal Kingdom where we will live together, learning and rejoicing and worshiping and thanking You forever and ever!  Amen!

Thank You, Father, for just being You and loving me, even when I am at my most unlovable as Your adopted son, according to the Love and Works and Sacrifice of the Lord Jesus Christ, in Whom all perfection and glory resides...and it is in His Name I pray, amen.

TOMORROW: GOD IS, WELL, EVERYTHING!