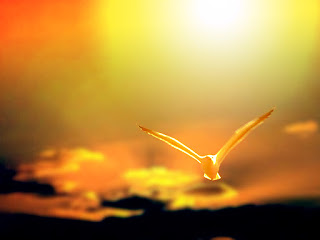 But the lovingkindness of the Lord is from everlasting to everlasting on those who fear Him, and His righteousness to children’s children, to those who keep His covenant and remember His precepts to do them (Psalm 103:17-18)
Leaving a good name or reputation for upright and Godly living as well as just pure goodness is the mark of a life well-lived. It is called Legacy.  The goal of every wise parent or Christian is to not just leave our children better off than we found ourselves but to set a standard towards which they may attain. (Legacy (Webster’s Dictionary) is defined as ‘something transmitted by, or received from, an ancestor or predecessor or from the past”.)

There are two types of legacy. We see the legacies of millionaires, billionaires, and celebrities, many of whom may have had a somewhat moral or even Christian compass at some point in their lives. Brittany Spears, of all people, used to sing in a Southern Baptist church choir in Texas. These people never passed on Godly teaching or values from the Bible to their children, because they themselves were never saved. What then happens is chaos, after their heirs inherited their riches. They soon fritter away their parents’ “legacy” with decadent lifestyles and immoral living.

On the other hand, we have the legacy of a great American like Jonathan Edwards, who is well known for preaching the greatest sermon ever in the United States of America! “Sinners in the Hands of An Angry God” was preached in East Windsor, Connecticut in July 1741 and was responsible for 500 new souls being convicted and being saved in one service. (Pastor Jonathan Edwards read his sermon monotone, almost without looking up, due to his near-sightedness, while holding his notes close to his face, as an aside.)

Here is the legacy of Jonathan Edwards: They were able to locate and research 1,394 of his known descendants. Thirteen of them became college presidents, 65 college professors, 3 United States Senators, 30 judges, 100 lawyers, 60 physicians, 75 army and navy officers, 100 preachers and missionaries, 60 authors of prominence, one Vice-President of the United States, 80 public officials in other capacities, 295 college graduates, among whom were governors of states and ministers to foreign countries. (Source:  America is Too Young to Die by Leonard Ravenhill, Minneapolis, Minnesota: Bethany Fellowship, 1979, p. 112)

Psalm 103, verse 17 says “The Lovingkindness (mercy) of the LORD is from everlasting to everlasting (forever and ever) to those who FEAR (respect, adore, revere, worship and love Him)”. But not just this truth. The same verse also continues “….and His righteousness to children’s children (legacy)”!

This is not just like the legacy of Jonathan Edwards and his descendants, but today we can think of many public figures. Look at the children of the world’s greatest preacher, Billy Graham. The righteousness of God has reached Franklin Graham and the phenomenal work through Samaritan’s Purse and Operation Christmas Child. The latter reaches tens of millions of children in so many countries each year. When there is a natural disaster in America or in Haiti or elsewhere,  Samaritan’s Purse/My Hope trucks, chaplains and clean up crews show up before anybody else, sometimes.

Billy Graham’s grandson, Will Graham IV has been preaching at crusades up and down the North American east coast and Europe for over a decade.  And not just these famous people.  Our small local churches are full of men and women who kept the strongest faith in Jesus, raised good Godly families and are now seeing the fruit in their wonderful grandchildren. While we can point to these rich and famous guys, the real work of the church is done in the homes of our faithful Christian families, like our grandparents and in some cases, our own parents. The real work is done, most definitely in our own homes where we send out our own children into the world, fortified in the Word of God and raised with the true knowledge and fear of the Lord.

This is of prime importance because the Lord uses the word “Covenant” in the very next verse.  Whether Christians believe it or not, there IS a legal component to our new position in Christ, as born-again, bought-by-Calvary, committed followers and disciples of Jesus Christ.  When we got saved/redeemed/born-again/pulled-out-of-the-fire,  we entered into a Covenant with Almighty God. The closest thing in human terms would be the legally binding marriage covenant before God, between a man and a woman (Genesis 2:24), except there is no thought of divorce or separation.

Webster’s Dictionary (1828) defines Covenant in part, as the Promise of God to us, “conditioned on certain terms on the part of man, as obedience, repentance, faith” and us accepting that Promise and living under the Lordship and Sovereignty of Jesus Christ. It is a two way binding agreement. God promises and offers – for Free. We accept and obey, freely.

Psalm 103 Verse 18b then follows up with the following phrase “….and remember His precepts to do them”. Covenant and precepts go together. A precept is basically rules, commandments, commands, decrees, doctrine or anything where there is a set standard

What is the Lord saying here? He says, in essence the following “You and I are Covenant. You are a Kingdom son or daughter of mine. There are rules in this Kingdom, and precepts which are in My Word – the Bible – and while there are easy to understand and live by, they are to be kept. It will take love, commitment, self-control, boldness and obedience to live by these precepts.  You will fail to do so from time to time. One of my precepts and a clause in the Covenant allows for confession of sin and repentance.  Stay close to me, repent when you fall short. Pray and study My eternal ways and you will find Me even more loving, kind, generous and compassion than you can ever imagine”.

The Bard of Avon, William Shakespeare says in his classic "Julius Caesar" the following: "the evil that men do, lives after them. The good is oft interred with their bones". That is only partially correct. Evil does perpetuate itself. King Solomon caused the fall of Israel as to where it is today, a mostly secular country when he married all these pagan women and allowed their "gods" into God's land. But the good Legacies live on - as we have seen above....and in our own children and grandchildren - if we teach them about Jesus AND LIVE IT!

Both go together. A Godly legacy is predicated on our Covenant with God being real, healthy, really healthy and strong. We make Covenant at the point of Salvation. We maintain and strengthen this Covenant by obedience to the Will, Word and Wonder of God, in Christ....because He is a Good, Good, Father!
This is the message of Psalm 103, verse 17 and 18.
Posted by The Bernie Lutchman Blog at 2/19/2018