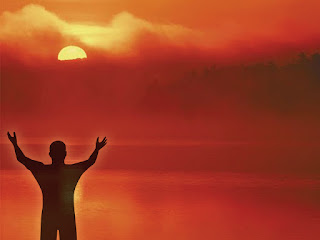 The Lord is merciful and gracious, slow to anger, and abounding in mercy (Psalm 103:8)
We are given more about all the various attributes, qualities and characteristics of our Heavenly Father in the official prayer book of the Bible – the Psalms than anywhere else in Scripture. Just in the first few verses of this twenty-two verse Psalm, we find so many different blessings to praise God for, it is incredible.  One praise builds on another praise.

This verse 8, of Psalm 103, though, shows us why God would even put up with people like us, and how we used to live. In fact, some people live close to how they lived BC (before Christ) so much, that you are excused if you and I wonder if they are even saved!

What sort of God would pick a double-crossing, greedy and lustful man to lead His Chosen people (Jacob, who became Israel)?
What kind of God would take a little teenage shepherd boy, make him King, then watch him steal a man’s wife then kill said man (King David)? Then his former shepherd boy repents and not only is he forgiven, but he is restored in right standing before God.
What manner of Divine Being would allow a self-righteous (but brilliant) religious extremist to persecute and kill Christians, then knock him off his horse as he is going to another city to do even worse and makes him the author of over half the New Testament (Apostle Paul)?
What kind of God would look at people like you and me, vile in our sinful life, living amazingly wretched lives, then, would pull us out of the fire, clean us up and set us free?  I will tell you what Kind of God would do all of this – our Father Who art in Heaven! Hallowed, glorious, mighty, worthy and awesome is His Name!! AMEN!

He is the God Who is Merciful, is Who He is. Mercy came running and grabbed us, His prodigal sons and daughters and drew us to Himself.  Mercy means God has the absolute power, potential, and capacity to just annihilate us and who can blame Him? But because of the love, compassion, and forgiveness, He has in His heart – He sent Jesus Christ, God the Son, to be the acceptable sacrifice for our sins. Once we accept Jesus Christ, His finished work on the Cross, and allow Him to be Lord of our lives, God the Father sees us through His eyes. THAT is Mercy. Give thanks to the Lord, for He is good, His mercy endures forever.

He is the God Who is Gracious. That means He is kind, benevolent, charitable, considerate, civil, amiable and just all around nice. In short, God is a gentleman. Through the study of the Word and prayer, we are directed by the Holy Spirit to what we need to do or how we should live. If we chose to not do these things, God will not force us to do them. Sure, it would be better if He did as things will get done,  but we have a certain amount of free will to avail ourselves of His grace and goodness. If we decline, for whatever reason, it is on us. If we run with what He says, the joy and the rewards are incredibly fulfilling.

He is the God Who is slow to anger. Thank You, Lord, for this Truth! Unlike those who follow pagan and other non-existent gods, we have a Heavenly Father Who forgives and the bible says, forgets.  If God were to get angry every time we did something inappropriate, and fly off the handle to smack us down as we deserve, we will be in a constant state of punishment and pain. But He is not so. There is coming a day when all humanity who reject God will be punished forever in a place called Hell, but that is of their own choosing. We may not see the recompense of the wicked in our lifetime. On that, we should NOT focus. What the Bible is teaching us, via the Psalms and Proverbs, is our Father is patient, loving and kind with us, even when we deserve none of it. Many times in Scripture God shows how angry and upset with the vile nature of sin and rebellion He really and truly is. Then in the very next breath (and sentence) He would say “return to Me, declares the Lord”….or “come let us REASON together as men, though your sins be scarlet…..” Do you know any other God? If you do, you have no part in the God Who forgives, loves and is full of kindness.

He abounds in mercy. His love knows no end and His Grace is for a lifetime.  Abraham believed God. He is called a friend of God. This is the very same God Who know stands at the door and knocks and opens His Mighty and protective Arms to all. He is my God. He is my King – today, He can be yours as well...and the Best Friend you will ever have! Amen.
Song- I am a friend of God

Email ThisBlogThis!Share to TwitterShare to FacebookShare to Pinterest
Labels: brooklyn tabernacle choir, characteristics, divine, fruits of the spirit, gracious, I am a friend of God, Israel Houghton, merciful, Psalm 103:8