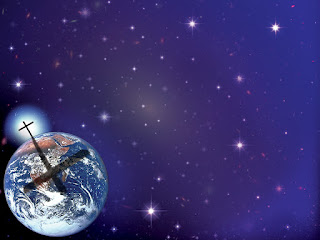 Just as a father has compassion on his children, so the Lord has compassion on those who fear Him (Psalm 103:13).
There is an amazing passage in the Book of Lamentations of all places, which demonstrates the absolute and wonderful compassion of our Heavenly Father. The Lord had just sent the Babylonian King Nebuchadnezzar and his fearsome troops to not just sack Jerusalem but to cleanse it of evil pagan idolatry first allowed there by the great King Solomon.  In God’s Kingdom, the only way to purify anything – a place or a human, is to destroy and rebuild. In the case of human beings, we must die completely to ourselves and then be born-again into the family of God.

Jerusalem was in complete devastation. There was rubble and smoking ruins all over the destroyed city which had ignored years and years of prophetic pleadings by the weeping prophet Jeremiah, who was sent by God to beg the kings and the citizens to repent and turn from idolatry. They all ignored Jeremiah and even worse, they persecuted him.

The prophet Jeremiah then wrote the Book of Lamentations, which was his heartbreaking, heartfelt cry about his beloved city. Yet, right in the middle of tears and more tears is this beautiful acknowledgment of the love, mercy and sweet compassion of the Lord. It is such a powerful statement, a timeless statement that it became one of the greatest songs of the Christian Faith. From Lamentations 3:22-24, we read "The LORD's lovingkindnesses indeed never cease, For His compassions never fail. They are new every morning; Great is Your faithfulness. The LORD is my portion," says my soul, "Therefore I have hope in Him."

You see, as Verse 14 says (next post), the Lord knows He created out of nothing – dust – to be precise and without Him as our Sustainer and Provider, we are completely done.  He knows how weak and frail the human body is, so He built in systems in our DNA and physical make-up, certain restorative mechanisms which bring healing and such, even when we abuse our bodies by things like over-eating or not enough rest.  The Lord knows EVERY single detail of our live – spiritual, emotional and physical. We already know nothing is hidden from Him.

What distinguishes us from the majority of mankind, who is lost and off the rails, is positional.  Our position in Christ, our identity in Christ, our eternal destiny in Christ are all founded in our redemption through Christ. We are born again out of many factors, one of which is a healthy respect, awe, reverence, and Fear of the Lord. While the Lord has pity on all people and provides for all mankind, regardless of political and religious rebellion against Him,  His Eyes are on those who are loyal and faithful to Him. His Eyes are on those who are born-again and true disciples of His Son, Jesus the Christ. Scripture tells us this in 2 Chronicles 16:9a "For the eyes of the LORD move to and fro throughout the earth that He may strongly support those whose heart is completely His"

To us, His children who fear, adore, obey, commit to and love Him, His greatest compassion are to us.  This is why the Bible tells us in Psalm 116:15 that “Precious in the Eyes of the Lord is the death of His saints”.

What a loving Father. Not many were fortunate to have a father present, alive or if at home, who did the best he could. What all of us who are Christians do have, however, is the Same Father in Heaven, Who is perfect in every way….and Whose mercy and compassion endureth forever.
Amen