EXPLORATION OF JEREMIAH'S VISION OF CREATION 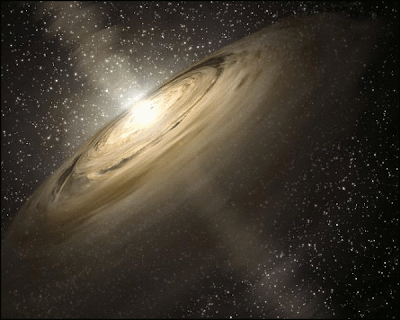 Truth is relative to an individual’s maturity level. While God is the Truth, his children are all in a process of learning and growing in Him. Some of God’s children are breastfed while some are milk drinkers, and others have graduated to meat.  We are all in a different level of learning so to one person truth may be at the milk level while to another person truth is at a meat level.  With that understanding in mind it takes a willingness to love people where they are in this process.

Some people can be quite intolerant but that is not how we are to walk in love.  God is calling his people and we are all in a process of learning about Him, therefore we should endeavor, personally, to study, as the word tells us, to show ourselves approved of God as workmen, needing not to be ashamed, rightly dividing the word of truth.  We all are required to push ourselves to learn, rather than be spoon fed.

As we explore other scriptures relating to our creation story, we find a section in Jeremiah that is quite interesting.  In the context of this section, Jeremiah is prophesying to the Israelites that watchers, or gentiles would come and raise their voices against Israel because they have been rebellious toward God. Jeremiah 4:16-ff. God through Jeremiah says that destruction is coming because they did not know God. Then Jeremiah gives us a vision of the entire earth.  What he sees is the destruction that happened in Genesis 1:2.  Some might say that this is a future event but there are flaws in that argument which we will see later.  After the vision, Jeremiah prophesy’s again that the Lord says the whole land shall be desolate.  The first thing we have to take note of is the tense changing.

First Jeremiah prophesy’s in present tense, then tells us a vision in past tense (saw, was, were) then Jeremiah prophecies again in the future tense (shall, will).  If we keep our tenses straight we can understand what he is saying.  For our purposes we will look at Jeremiah’s past tense vision, which is not a prophecy, just the explanation of a vision. This is an example of understanding scripture in light of the context.

Jeremiah sees the earth, not a city, not Israel, he sees earth formless and void, without light. There were mountains that moved and hills that moved which speaks of earthquakes.  Then he says he sees no man, and birds fled, and the gardens and the ranchlands became a wilderness, and the cities were broken down.  This means there were cities, that someone made, but there were no men anymore.  The earth became empty, wasteland, and dark because the Lord was angry.

Jeremiah 4:23 I looked at the land - it was unformed and void - and at the sky - it had no light. 24 I looked at the mountains, and they shook - all the hills moved back and forth. 25I looked, and there was no human being; all the birds in the air had fled. 26 I looked, and the fertile fields were a desert, all the land's cities were razed to the ground at the presence of ADONAI, before his burning anger. (Complete Jewish Bible http://www.biblestudytools.com/cjb/)