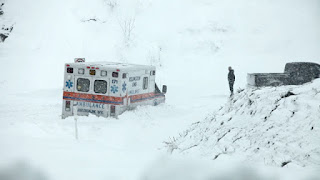 In the course of human history, we have read of and even experienced first hand, natural disasters of tremendous proportions. Man has always recovered from these things, to sometimes rebuild even better. From the time of the Great Flood of Noah to the flooded state of New Jersey and lower Manhattan, God has always shine His Grace on those on whom He shines His Grace.

Today, I felt led by the Spirit to pray in two specific directions - for those snowed under in the poor state of West Virginia and the many Christian relief organizations. First of all, nobody (in the national media etc) is talking about or cares much about the poor country folks of West Virginia now buried under two plus feet of snow, with 300,000 or more out of power. But God does. While the focus of the cameras, election campaigners and others are on New Jersey (and it is understandable), an overbearing blizzard on a small poor state, with not much means to handle it, is devastating.

Father in the Name of Jesus, I pray for Your people in West Virginia who have been bookended by  the "storm of the ages" - Sandy - and are now under a massive blanket of snow. Lord, we know most of our brethren there, in the heart of the Bible belt, are not equipped to handle this kind of weather. We know they are now cold, hungry and perhaps disoriented or worse. So Father, I pray You show Your Hands of Mercy and Grace and Compassion to lift them above their circumstances until You can get relief (food, clothing and heat) to them via Your chosen servants or the government. Remind us to pray for those who are hurting and unable to cope with this natural tragedy, as all creation groans in hope that the Savior will rescue us all from this which man has brought upon himself through sin. Have mercy oh God on Your people there....and Lord, not just in West Virginia or New Jersey and New York, but I saw the photos from the extremely poor islands of the Caribbean where there are no media promoting political messages or biases, but people are even in a more hopeless situation with no one to help them. But You can - in Cuba, Jamaica, the Bahamas and elsewhere, in Jesus' Holy Name, amen. 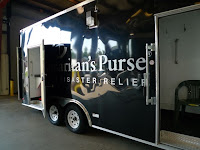 Secondly, while all the media focus etc has been on what the government can do, and they have their role to play, it is the Christian Relief Organizations of America who ALWAYS step up first to help our fellow man. I have friends who were personally involved in the Southern Baptist Relief even while Katrina was hitting Mississippi and New Orleans in 2005. Now it is these same brothers and sisters and Christ who are staging the biggest relief and volunteer operation, which will surpass anything the political types could do. The other Southern Baptist group - Samaritan's Purse and the BILLY GRAHAM EVANGELISTIC ORGANIZATION (BGEA) have been criticized by leftist preachers, liberals and others who do not do a thing to help anybody except harp on those who stand up for Biblical Truth (see: ministers attack Franklin). But it is this same Franklin Graham who is leading teams of trucks full of generators, food etc and hundreds of volunteers to help people in Atlantic City and elsewhere while the naysayers insult those who believe in the Truth of the Bible.

So, Father, in the Name of Jesus, I pray for the leaders of the Salvation Army Relief; the entire Southern Baptist Convention and the North American Missions Board (NAMB) and Franklin Graham and the entire BGEA as they lead over a thousand volunteers to do a work, which is larger in scope than the post September 11, 2001 aftermath. I pray for the Graham family, that You protect them from those who claim to be Yours but support the violation of every principle in the Holy Scriptures, while others do the work of helping Your people. I pray for the volunteers who will be risking their health and safety to help others in distress not just in New Jersey, but I pray for the effort in parts of Delaware, North Carolina and especially West Virginia. Father, give the same Grace to those volunteers that You gave the Israelites who walked through the desert for 40 years, yet did not get sick nor did their shoes wear out. I pray You remove ALL stumbling blocks and the many "Tobiahs" and "Sanballats" who reside in the talking head studios and on the ground, who are putting obstacles to goodness, righteousness and mercy. Father, in all of this, may YOUR Name, YOUR HOLY NAME be glorified because there will be no doubt that it is the God of the Bible and His people - all the abovementioned organizations and volunteers - who are bringing hope back to those who have lost everything in this storm, in the Name of Jesus I pray, amen.