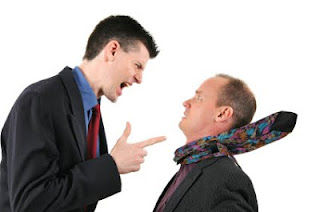 AMERICA ON ITS KNEES
Just yesterday, a church in Huntington, Indiana was defaced by a vandal who supported the pro-abortion view. People's cars are getting keyed with political graffitti. There are growing in numbers examples of increasing political and social instability, in the Home of the Brave and the Land of the Free. How did all this happen? When did disagreements, in the democratic and long-standing tradition of debate, became so toxic, that certain people are turning on their peace-loving neighbors? When did men start calling out to decent traditional women only to abuse them in aggressive sexual tones, while giving them a New York city cab salute and drive off, over who is supporting what candidate?

Well, it happened when men looked up and instead of seeing the God of Creation, he saw himself on a pedestal as an idol to be worshipped...as a god unto himself. Here is what the Bible says about some men "For although they knew God, they did not honor him as God or give thanks to him, but they became futile in their thinking, and their foolish hearts were darkened. Claiming to be wise, they became fools...(Romans 1:21-22 ESV)

America is now this place, described in Romans 1:18-32. It did not have to be so....and for some, it will be only for a short while, as God will save them from themselves if they repent and put their trust in the Savior - as Lord and Master. For the majority, we pray:

Father, in the Name of Jesus, we have now approached reprobate status as a people...as a people who see riches and power and status and everything this world has, which You in Your Wisdom have condemned - they struggle to attain and hold on to. We, who are stunned by this kind of behavior cry out to You for a restraining Hand to calm everybody down, so that they will take a deep breath, realize what they are doing and correct their course. Father we pray for peace: peace in hearts, minds and souls....peace in communities, neighborhoods, streets, homes and people. We pray for those who are losing their collective minds, because their hope is built on nothing less than grabbing all the largess and gusto in this fleeting life that they can...while Your children's hopes are built on nothing less than Jesus' Blood and Righteousness. They, who are being lost, labor under the foolish lie that he who dies with the most toys wins, while Your people store up treasure in heaven, yet pay the price here on earth. We pray for those with lost eyes to be opened if they can and for their hearts to be turned towards You, that they may be saved, before it is too late for them. We ask and intercede on their behalf, in The Mighty Name of Jesus, amen.