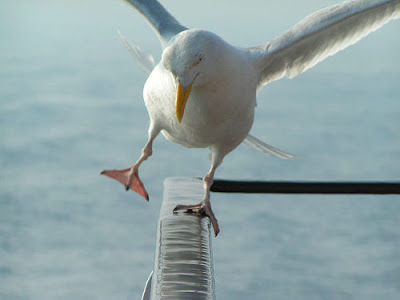 AMERICA OFF BALANCE
Part 1
If you asked the majority of Americans, they will all call themselves Christians. That is only because it is the decent thing to do. Even those who blaspheme God and deny the Lord Jesus Christ as their own personal Savior and would never darken the church door unless it was for a wedding or a funeral, want to be considered Christians. Most of them are decent, hardworking citizens who would not harm a fly. They use the title or word "Christian" to define themselves, as if it were a label (like conservative or liberal).

They are the nice librarians in our towns. They are the little old ladies picking up prescriptions at Walgreens. They are the guys down at the mechanic shop changing our oil. They are even the newspaper reporter in most small town dailies. They are the politicians from the lowest to the highest office who find God and Flag a few months before November every two or four years. These elected (or wanna-be-elected) people even show up in inner-city pulpits preaching things which are not in the bible, like "social gospel" and class warfare, but which sound good to the people whose votes are the only thing they care about every election season. You get the picture. This is America now, and has been this way for over 100 years.

To evangelists like my friends and I, this is the worse mission field to be in, yet this is the one God has called us to! If it were easy, it would be worth nothing! Trying to show, in love, the Truth to folks who hardly even honor God with their mouths and whose hearts are far from Him, is like the camel going through the eye of a needle. Yet, we press on, pray on and pray UP, for them. We know the Truth of the Gospel and the cost to those who reject it and do not want others to go to eternal punishment in hell. Yet day after day, year after year, people make the wrong choice for their eternal souls. Spiritual confusion reigns on purpose, because of stupid seminaries pumping out pastors who have no passion for the lost, prayer or evangelism and the counter act from the Culture, which is willing to let those guys slide out of seminaries and live ineffective lives managing something called churches - from the ineffective rocking and rolling megachurch to the 40 member one in the nearby strip-mall. We are a nation of practical atheism.

America's practical atheism is practiced year round except at Christmas and Easter, where not even then, do people catch the true meaning of these things. By the way, practical atheism, in short, describe people who say they believe in God and live as if He does not exists. Over the next several days, we will get into what it means to be the opposite as we pray for a people who are both giving up and losing their Religious Liberty, without even knowing it! This is how the enemy operated from the moment man was created and how he will destroy the people of God.

So Father, in the Name of Jesus, from the time Eve believed the lie of the serpent until the end of time, mankind has rebelled against You and yet claimed to be honoring You. And then, like ancient Israel, we have disregarded Your Law, Your Word and Your Son, and worshiped the idols of wealth, prosperity, self and celebrity, while claiming to be Your people - Christians. You sent the prophet Jeremiah to preach against the false prophets and kings who kept secret pagan idols close to them, knowing You are the Real and Only and jealous God You are.

Father, we pray for those who are making the same mistakes today, in every level of society in our towns, cities and states. We pray for governors and doormen; for cab drivers and cashiers; for teachers and cooks; for politicians and crooks; for car salesmen or lawyers or even preachers ....all of those who have ignored Your Word and are letting the most precious thing in life ever - the Salvation of many and the freedom to worship You - slip away. Just as Jehoiakin and others blindly followed the devil and let Nebuchadrezzar II run over Jerusalem (according to Your plan to punish the sins of Judah), America is in the balance now - not just by the people who threaten the preaching and teaching and the freeing power of the Gospel of Grace, but by those who sit idly by, letting it happen. We pray those people up to You, that they will obey You and have a Nebuchadrezzar moment which will give them the choice to change and look up to You, knowing that the alternative is devastating.

Father, we cry out for mercy, compassion and forgiveness....forgive those of us who also stood by, including me, and watched some of it happen....no more, oh God, as we see the Day coming, no more will we stand around but will get going to reach as many as possible, while there is still life and breath in our bodies and it is in the Mighty Name of Jesus, we lift this up to You, amen.