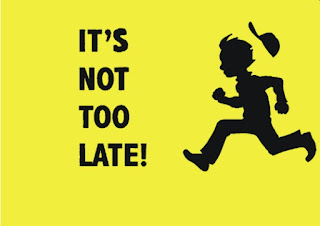 AMERICA OFF BALANCE, PART 2
WE NEED A JONAH IN NINEVEH MOMENT!
Our lovely and extremely polite neighbors to the North - Canada - is in just a perilous spiritual shape as we are here in the United States. The good news, that even with the entire North American continent off balance, all of this can be corrected. Just like the ancient biblical city of Nineveh (now called Mosul, Iraq), we too can be delivered - practical atheists and true believers.

Ninevah in the time of Jonah was an evil and mean city, which all the Jews hated. It was as Iran is today. Yet, God sent the disobedient and racist prophet Jonah, who was a saved man, by the way, to preach Repentance and the Good news to them. Every one from the King of Nineveh turned from evil and were spared/saved from Judgment by God.

We pick up the story here from (Jonah 3 ESV)

Then the word of the LORD came to Jonah the second time, saying, “Arise, go to Nineveh, that great city, and call out against it the message that I tell you.” So Jonah arose and went to Nineveh, according to the word of the LORD. Now Nineveh was an exceedingly great city, three days' journey in breadth. Jonah began to go into the city, going a day's journey. And he called out, “Yet forty days, and Nineveh shall be overthrown!” And the people of Nineveh believed God. They called for a fast and put on sackcloth, from the greatest of them to the least of them.
The word reached the king of Nineveh, and he arose from his throne, removed his robe, covered himself with sackcloth, and sat in ashes. And he issued a proclamation and published through Nineveh, “By the decree of the king and his nobles: Let neither man nor beast, herd nor flock, taste anything. Let them not feed or drink water, but let man and beast be covered with sackcloth, and let them call out mightily to God. Let everyone turn from his evil way and from the violence that is in his hands. Who knows? God may turn and relent and turn from his fierce anger, so that we may not perish.”
When God saw what they did, how they turned from their evil way, God relented of the disaster that he had said he would do to them, and he did not do it.

Heavenly Father, we thank Thee that Thou are a merciful, kind, loving and compassionate God Who does not give us what we deserve, but gives us Grace instead. Help us now to grasp the meaning of what happened in Nineveh when the entire city/state heard the Word of the Lord, realized their sins; were cut to the very core and sat down in sackcloth and ashes at the sheer magnitude of it.

Father, our sins have risen to Your Holy Presence and they are a foul odor to Thee. We have broken every one of Your commandments and think nothing of it. We allow the world to dilute, distract and disgrace Your message and say nothing about it. We go along merrily thinking it will all work out in the end, when Your Word says differently. Send from among us, men like Jonah or Billy Sunday or David Wilkerson or Billy Graham, who will speak bluntly and touch hearts that many will be convicted like the great people of Nineveh in this passage from Jonah 3. Lord, I noticed the King was the first one to realize his people's sins against you and led the prayer and fasting in Repentance.

We don't have leaders of courage, conviction and boldness in any arena, including the church. So, raise up Godly leaders from among the people, men who will lead a movement of God, who will inspire a people to turn to You, not through glitz and Pepsodent smiles on the TV or smooth talk, but men who will follow You explicitly like the King of Nineveh. Father, we lift up our hearts, our hands and our hard heads to be touched by You and softened by the Grace and Love of Your dear Son, and it is in His Name, the Name of Jesus I pray, amen.

(image by google - thegospelmatters.com)
Posted by The Bernie Lutchman Blog at 10/19/2012

Bless you Bankie! What is cool about your faithfulness in prayer, is your consistency and perseverance. We are where we are in the western world because there are not many like you, sis! Praise God!