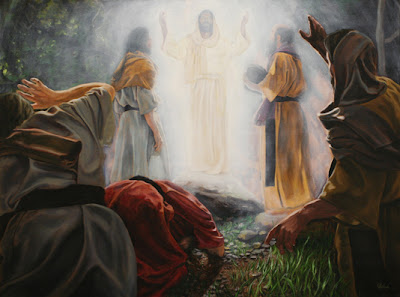 As our Jewish brothers get ready to observe the DAY OF ATONEMENT (YOM KIPPUR) on Friday, I wish to continue into our five week long Hike through Hebrews 11, with purpose! We are now up to Verse 23, but need to look at Verses 23-29 in two consecutive parts before Friday. The reason - MOSES!


I have divided them into two sections dealing with the Faith of Moses and how it relates to this feast day. To wit, verses Hebrews 11:23-26 (NKJV) says:
23 By faith Moses, when he was born, was hidden three months by his parents, because they saw he was a beautiful child; and they were not afraid of the king’s command.
24 By faith Moses, when he became of age, refused to be called the son of Pharaoh’s daughter, 25 choosing rather to suffer affliction with the people of God than to enjoy the passing pleasures of sin, 26 esteeming the reproach of Christ greater riches than the treasures in Egypt; for he looked to the reward.

Please re-read Verses 25 and 26 in BOLD RED above and note these two things:
- While he was rescued and raised by Pharoah's daughter, once he knew better, he embraced his identity as NOT an Egyptian, but a man of destiny.
- While he could have had anything he wanted as the Prince of Egypt, Moses then threw in his lot with God's people at the time - the Hebrews (meaning "those who have crossed over).

BUT, more importantly, we see something unique here about Moses! HE KNEW CHRIST! WHAT? Whatchutalkingbout, Willis? Jesus was not born until around 3 BC and Moses lived about 1500 years before!

I will say this loud and clear - MOSES WAS THE FIRST CHRISTIAN!

Something happened to Moses when he spent all that time with God on the Mountain of God and throughout his 120 years on this earth. He was not called into this amazing Walk with God until he was 80 years old and spent the next 40 serving God, listening to God and writing the First Five Books of the Bible, under power of the Holy Spirit.

He died at 120 years of age, not because of ill-health. He was as strong as an ox. Here is where the Reproach of Christ comes in and where WE must be careful in our disobedient mortal spirit!

When God calls us to a task. He equips us. But never lose sight of this - IT IS HIS WORK, NOT OURS. MOSES WAS SO FILLED WITH PRIDE AND RAGE AT THE GRUMBLING ISRAELITES that he disobeyed God! Read Numbers 20 from verse 8 where the Account of Moses striking the Rock to let the water out, instead of SPEAKING to it as God told him to!

This earned an immediate rebuke from God Who told Moses "because you disobeyed me and STRUCK the ROCK instead of SPEAKING TO IT, as I asked you, YOU WILL DIE"!

You know WHY this is important and why this Reproach had to come from Christ, through God? Here is Scripture explaining Scripture in 1 Corinthians 10:3 "and all drank the same spiritual drink. For they drank from the spiritual Rock that followed them, and the Rock was Christ!!!"

The Rock that gave the Water for 3 millions Israelites, living water, WAS CHRIST!! Remember we said above, Jesus was everywhere with the people of God and Moses! MOSES HIT THE CREATOR OF THE UNIVERSE WITH HIS STICK!

Disobedience by a man of God, who has more accountability than most, leads to big problems! Moses. This is one big lesson! We must never lose our cool Our love for God and Christ and His people should ALWAYS our personal hangups; peeves; pride and quick tempers...because the latter will get us in trouble!

But Moses is still getting his reward right now as we live and breathe! That reward was visible when he and Elijah were last seen on the Mount of Transfiguration, talking to the Lord Jesus in stunning and shining White Light! Moses did land on the Promised Land, after all!