THINK ON THESE THINGS - TUESDAY 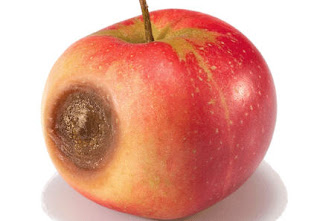 PARENTS, BE ON THE ALERT: NEW YORK CITY PUBLIC SCHOOLS TO TEACH 10 YEAR OLDS ABOUT PORNOGRAPHY AND BESTIALITY!
"Whoever causes one of these little ones who believe to stumble, it would be better for him if, with a heavy millstone hung around his neck, he had been cast into the sea..."Mark 9:42 (NASB)


This is more of a warning than a devotional. Can you imagine the very Heart of God over His little ones when He sees the perversion being committed on little children in New York City.


These "workbooks" were obtained by the New York Post newspaper. Even more outrageous are  "risk cards" handed out to 10 and 11 year olds in these middle schools! These “risk cards” graphically names a variety of solitary and mutual sex acts and children are encouraged to disregard what Parents told them about sex, and to rely instead on teachers and health clinic staff members...in these evil New York city public school liberal systems, according to NBC New York!


There is nothing good about any of this. The opposite of good is evil, period. The fact that New York city politicians and their liberal education establishment knowingly perpetrate this on innocent children is vile and disgusting. They are marked for eternal judgment as Christ promised in the verse above. Just as horrible here is what the New York City Deputy Mayor Linda Gibbs (who commended the return of mandatory sex ed)  says "We want to help kids to delay the onset of sexual activity, and if they choose to engage in sexual activity, to do it in a healthy way!" ....A HEALTHY WAY!

Even worse, woe to the parents of New York City, who are complicit in their silence over this outrage. They tolerate filth in their parks from demonstrators and remain silent while their own children are corrupted by their own liberal counterparts. They are just as guilty as the teaching establishment and politicians who pervert their children. A recent NYC poll found that 81% of their own voters approve of sex education for their children! These people are knowingly allowing their children to be corrupted. But this is not surprising for a city where only 1% of the population call themselves practicing Christians!

This should not surprise anyone. While this just revealed example from New York is the latest outrage, this is spreading across America and will overrun your local schools if real parents and decent citizens do not become the last line of defense.  Each public school is run by a local district and you can have influence on that board. This is also a good reason why schools should remain under local control and NOT Federal or state!

But the bigger is SIN. These human beings (and I used those words loosely) who wrote and developed these "workbooks", "risk cards" and curricula and then have them endorsed by Mayors and school superintendents are living examples of Romans Chapter 1 (See below for the relevant portions of Romans 1 and the Judgment against these kinds of people. God said it, I believe it).


While Sin is hardly talked about in churches anymore, you would be hard-pressed to find any mention of the Total Depravity of man. This kind of message does not preach very well, because some wealthy tither might take his money from your church and go to the next Laodecia Christian Church down the street! Man is vile, sick and evil. But man is also in need of a Savior. As sickening as this story about the New York City Sex Ed Mandatory Classes are, if these school officials were to repent and ask God forgiveness and then try to make all of this right by speaking out against it, THEY TOO WILL BE SAVED! THIS IS THE GRACE OF GOD!


In the absence of this Life Changing Repentance and Turning from Sin, Mark 9:42 stands ready to be enforced  against ANYONE, from priest to professor, who has said or done anything, which has led one of God's children astray.


In the Name of Jesus, amen.

18 For the wrath of God is revealed from heaven against all ungodliness and unrighteousness of men, who suppress the truth in unrighteousness, 19 because what may be known of God is manifest in them, for God has shown it to them. 20For since the creation of the world His invisible attributes are clearly seen, being understood by the things that are made, even His eternal power and Godhead, so that they are without excuse, 21 because, although they knew God, they did not glorify Him as God, nor were thankful, but became futile in their thoughts, and their foolish hearts were darkened. 22 Professing to be wise, they became fools, 23 and changed the glory of the incorruptible God into an image made like corruptible man—and birds and four-footed animals and creeping things.
24 Therefore God also gave them up to uncleanness, in the lusts of their hearts, to dishonor their bodies among themselves, 25 who exchanged the truth of God for the lie, and worshiped and served the creature rather than the Creator, who is blessed forever. Amen.
28 And even as they did not like to retain God in their knowledge, God gave them over to a debased mind, to do those things which are not fitting; 29 being filled with all unrighteousness, sexual immorality, wickedness, covetousness, maliciousness; full of envy, murder, strife, deceit, evil-mindedness; they are whisperers, 30 backbiters, haters of God, violent, proud, boasters, inventors of evil things, disobedient to parents, 31 undiscerning, untrustworthy, unloving, unforgiving, unmerciful; 32 who, knowing the righteous judgment of God, that those who practice such things are deserving of death, not only do the same but also approve of those who practice them.

This is outrageous! As a parent and a teacher, I find this ludicrous! It is the job of the parents to instruct their kids. They are letting satan get a hold on our kids at a young age.