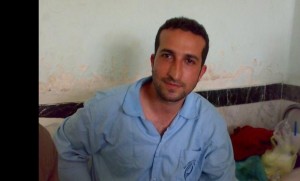 
Iran state media put out a stunning report Saturday claiming that imprisoned Christian pastor Youcef Nadarkhani is facing the death sentence for rape and extortion, not for apostasy and refusing to renounce his religion, as his lawyer, human rights groups and Western news media have reported.

"His crime is not, as some claim, converting others to Christianity," the deputy governor of the Gilan province, Gholomali Rezvani, told Fars, the semi-official state news agency.
"He is guilty of security-related crimes."