A PRISON WITHOUT WALLS.. 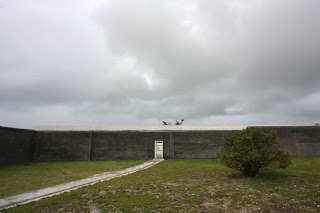 A GUEST POST BY OUR FRIEND NIKKI HAHN!
“The Fall, the first human tragedy, became the mother of all subsequent ones. We should do nothing to minimize it or to pretend it mattered less than it did. Yet, the Fall did not end God's plan for humanity. God would ultimately use evil to accomplish a greater end of redemption in Christ: (Ephesians 1:9-11). God could hate evil and yet permit it in order to carry out an astounding, far-reaching redemptive plan in Christ, one that would forever overshadow the evil and sufferings of this present world.” - Randy Alcorn, If God is Good: Faith in the Midst of Suffering and Evil, Pg. 57

His long, black hair fell past his shoulders. “Why does God allow bad things to happen?”


Have you ever felt woefully inadequate and your mind stutters as it seeks to give an answer to every question? We were asking different people for prayer requests out in the square before our church service began a block away. It's a part of what our church's prayer team does, and yet this man and his sincere questions managed to make me mute. My words might offend him.

The man held tightly to his sin, unwilling to repent and willing to pile the blame on God. With careful questions, I asked about his walk with Christ and asked if perhaps his choices may have brought on natural consequences. We shared our testimonies with him and he asked still more questions.

I asked questions, too. Why did he walk away from God? Is there something in his life he needs to repent of in order to make things right with God? I also impressed upon him the height and depth of Christ's love.

“How can I get into a right relationship with Christ?” He sat on the stone stairs and looked me directly in the eye.

His friend continually interrupted us and acted antagonistically towards the very thought of prayer and God. This didn't deter the conversation.

I said, “Get a Bible, pray for Christ to come into your life and to help you understand the Bible.”

“But I've read the Old and New Testaments.”

“I did, too, but I didn't really begin to understand them until I became saved. Suddenly...” But I was cut off as the man turned his attention to my prayer partner and asked about her testimony.

I tried to look for him—almost like an after thought—before our service began in order to invite him to sit with me, but he quickly vacated the plaza. The sermon would have helped to answer his questions and neither of us thought to invite him. Then again, the man gave the impression that he was in a hurry. During service, I sat and pondered our long visit.

In a month, he'll spend substantial time in prison. He confessed a fear of it. He couldn't love a God who allowed his brother to die. I wished that I could have found the right words to cut through his unrepentance and show him that it wasn't God who killed his brother, but the consequences of sin; of making wrong choices and hanging out with the wrong friends.

My friend impressed upon him the mercy of God and how God can turn all evil into something good, frustrating those that perpetrate evil. I thought of the 'me' I was over four years ago and thanked God he gave me the love in my heart to approach a person that I would have previously thought beneath me.

I would have looked at him in passing and spent a few minutes with a friend putting him down. Instead, God broke me. Stripped away of my pride, anger, and false ideas, I saw me in the mirror. My sin is the same as that man's sin in God's eyes. God didn't cause the bad things in my life; sin caused them. Some of the consequences I suffered came from my choices; some of the consequences came from other people's sins.

I don't know why my mind blanked that day, but I am glad my friend and I were able to speak with this man. His genuine questions came from a hurting and unforgiving heart. How can we live in our Christian bubble, loving the Christian culture, and forget that Christianity is not some hot, new trend with cool music and even cooler stuff but a real and difficult way to live?

Perhaps that's why so many people tire of the sappy nonsense our culture feeds them, leaving them empty, when the truth of the Bible leaves them filled? We all seek truth but not many of us wish to face the truth. We seek it though because this world leaves us feeling like one of those hollow, chocolate bunnies—empty, purposeless, unloved, devoured.

Isn't it time that we embraced the change knowing Christ brings, facing who we really are and repent of our sins to a holy, merciful, and loving God? Some of us live in a prison without walls. The iron bars keep us from living, but God didn't put those bars there; we did. He can set us free. Just ask.