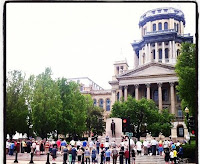 THE STATE CAPITOL COMPLEX - SPRINGFIELD, ILLINOIS
The Official National Day of Prayer Observance in the Capitol City of the state of Illinois is always a powerful time of outreach and intercession. Since the new era began in 2006, under direction of the Holy Spirit, we have progressed from a programmed prayer event to worship services in the past two years, to a full evangelistic revival type of atmosphere this year. 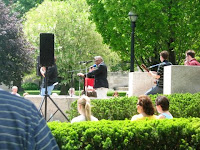 This format does not follow any pattern of other cities and we stay clear of any politicians, unless it is the Mayor of Springfield. This is the people's event....and this year, the people supported it and came out in the largest turnout in seven years! Thousands more heard the hour-long event broadcast later that night on Christian Radio on WLUJ 89.7 FM and over the internet. (Springfield's Mayor usually reads the City Proclamation. If I ever have a politician praying on the platform in the future, he or she will be a born-again believer in the Lord Jesus Christ.)

The theme this year was "ONE NATION UNDER GOD", but the theme I set out for Springfield was "What do I do now?" based on 1 Corinthians 14:15. This theme was fleshed out for days on this blog and on Facebook to the many hundreds who read and scores on Facebook who signed up as attending. The Holy Spirit threaded a thick thread of Repentance; Deliverance; Unity; Love and Salvation. 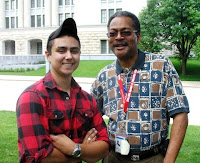 The revival atmosphere came with the preaching of the raw Gospel because we wanted people to know that they MUST BE SAVED not just to go to heaven, but to help others here on earth to get there. Also, just as important is this fact - God does NOT hear the prayers of an unrighteous (or unsaved) person!
The Worship Music was simple, rich and anointed without a rock band atmosphere...as I wanted simple and straight down the middle. The fellowship was even sweeter and the saints were loving on each other! The press ignored us, but who cares! Several Christian State Senators joined us, including my Christian brother and Senator Sam McCann.
Most of all, the Gospel was preached and several unsaved people I invited stayed for the entire program and seemed to even enjoy it! They heard the Truth, now they must ask themselves "What Do I Do Now"?! 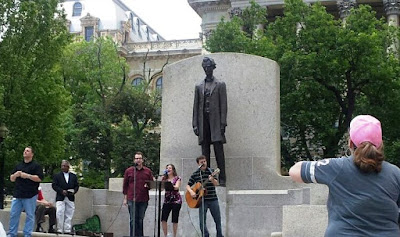 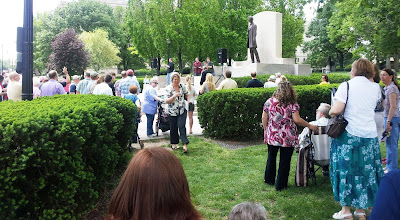 THIS INDEPENDENT EVENT IS A MINISTRY OF BUSINESS MEN IN CHRIST.
OUR CO-SPONSOR IS CHRISTIAN RADIO FOR CENTRAL ILLINOIS, WLUJ 89.7 WHICH CAN BE HEARD FROM KEOKUK, IOWA TO BLOOMINGTON/NORMAL TO DECATUR AND SPRINGFIELD, ILLINOIS.
Posted by The Bernie Lutchman Blog at 5/05/2012