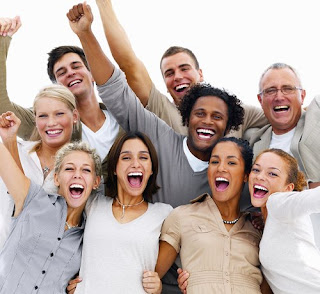 SO NOW --- STOP BEATING YOURSELF UP!

Too much has been said about freedom, deliverance, breaking free, breaking loose from the bondage and shackles of our past without the actual application of just doing it! So many Christians live such defeated lives that it would take me another book to dissect all the reasons; rhymes and horrible times we put ourselves through when we refuse to live in the Victory.

What Victory am I speaking about? This Victory is one we won when we took up residence at the Foot of the Cross. We then embraced its substitutionary atonement and subse accepted the Pardon which was paid for there, and is still valid almost 2000 years since!

Two verses today speak to this as we glance at the wonderful chapter of Romans 8 and see that verses 1 and 2 undergirds this foundational truth: "So now there is no condemnation for those who belong to Christ Jesus. 2 And because you belong to him, the power of the life-giving Spirit has freed you from the power of sin that leads to death"!

How about that! Here are just the facts, ma'am"

- No condemnation: we have been pardoned and declared not guilty BECAUSE we surrendered all at the Foot of the Cross.
- We are not just not guilty (even though the Charge against us was "WE SINNED AGAINST GOD") but now the Judge Who said we are still "not guilty"  then says..."and furthermore, you now belong to My Son, Who created the Heaven's and the Earth! Can you just imagine how that feels?! WE BELONG TO THE ETERNAL KING!
- AND not just that, but because we DO belong to this Eternal King of Glory, the Lord God Almighty, the Powerful Force Who created and controls the entire Universe just pulled our fat out of the fire and given us "ZOE"! That word ZOE is a powerful word. It is officially described as "GOD intimately sharing His gift of life with people, created each of us in His image". Then gave us all the capacity/power/supernatural strength to know His eternal life.

Therefore, in light of all this mind-boggling Grace to us from our Heavenly Father, we can now not only be free from the past sinfulness but can proactively live victoriously. This can only come about because we are safe and solidly in the knowledge of the Holy, Who has given us more than we deserve! So friend, if you're struggling today with some past acquaintance reminding you of things which God has already forgiven you or even your conscience being used to play tricks on you....if you're saturated with societal lunacy, which never seems to satisfy but more than ever pulls you down into a zone of fleshy dissatisfaction with your current physical environment and circumstance....well then, remember these same verses from Romans 8:1 and 2!

Father, in the Name of Jesus, please seal this encouragement from Your Holy Scriptures in our heart. Help us to learn to not just accept that You have forgiven us, through repentance and the sacrifice on the Cross, but to comprehend that we can now hold on to with this Truth and walk in peace, joy, contentment and righteousness. Father, knowing that You love me and everyone reading this, I pray for those who have not been told the Truth. I pray that if they have truly come to the saving personal knowledge of the Lord Jesus as Lord and Savior, that they will believe with every fiber of their being that "He whom the Son sets free - is FREE indeed"....and THAT FREEDOM is now theirs!  In the Strong and Powerful Name of Jesus, amen!

Email ThisBlogThis!Share to TwitterShare to FacebookShare to Pinterest
Labels: eternal, force, he whom the son sets free is free indeed, life, lifegiving, romans 8:1-2, sinned, sports clothing, you are free in the name of jesus, zoe