HOW TO AVOID EVOLUTION INDOCTRINATION THIS SUMMER 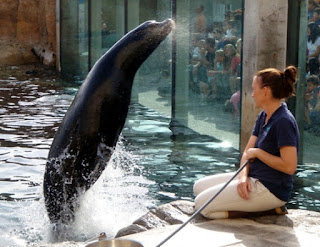 So here we are, schools are closing for another long hot summer and we need to find things to do with the kids. This is nothing new, as we parents have been doing this for generations. What is becoming more and more important is how we educate our children about the immediate world around them. We know we cannot trust the public school education system and if we are not vigilant, some of the garbage being taught in some Christian colleges can be just as dangerous!


For instance, Wheaton College is the well known alma mater of one Billy Graham - America's greatest 20th Century evangelist. But in the past decade, some professors there have adopted the old earth theory of some evolutionists! More and more Christian schools, pastors and some seminary people are thinking they can be both believers in Evolution and the Bible! It does not work that way! To be kind, I will not quote the Bible verse which the Lord Jesus has about all of this and lukewarm beliefs!

What we have to guard against is the slow brainwashing of our children, if we are not careful. Take for example, the St. Louis Zoo. Admission is free (parking is not if you use their secure parking lot). Because of that, many parents in the Midwest go there and I suspect that this summer, it will be the same nationwide! There is something magical about zoos, kids and summer....and there should be!


But the minute you enter the St. Louis Zoo, go through doors and turn left (!!), you enter the Natural History room. Sitting right up from is Charles Darwin, and from there, it is all downhill. You get to see Lucy, who is an ape that man supposedly descended from! The Zoo even has a document on Natural Selection Activities which parents and entire classrooms can do, while at the Zoo, to understand their theories!


Make no mistake about it - Evolution is still a theory. They say we are simpletons and crazy to have Faith in the God of the Bible, Who created everything in 6 actual days. It actually takes more Faith to believe in Evolution than the Bible! Why? There is NO missing link and carbon dating is a wild hare guessing game! The father of Evolution Charles Darwin (who stole this theory from his grandfather, Erasmus Darwin) himself was so blown away by the millions of Cells in the human eye, that he was close to ditching his theory....and here is what he himself said about his own made up theory "“…I am quite conscious that my speculations run beyond the bounds of true science….It is a mere rag of an hypothesis with as many flaw[s] and holes as sound parts.” Charles Darwin to Asa Gray, cited by Adrian Desmond and James Moore, Darwin, (New York: W.W. Norton and Company, 1991) pp. 456, 475.


So this summer, as you and I take our kids to Museums and wonderful natural surroundings and state parks etc, let us use this God-given opportunity to share with them the wonders of God the Creator! As the bright-eyed Johnny or Sarah or the twins stare up in fear at Dinosaur fossils or the Grand Canyon, talk about the Behemoth, spoken of in Job 38 and Job 39.
Talk about the Great Flood of Genesis.
Talk about the Spirit of the Lord hovering over the circle of the globe right before  He spoke the world into being.
Talk about the stars of Job 38 - Pleaides and Orion at the Planetarium.
Talk about the fish of the sea at Sea World and Leviathan whom you cannot catch with a fishhook!


In fact, study Genesis Chapter 1 and then go straight to Job chapters 38 and 39 so we can be fresh off the Word to relate and apply it to the beautiful creation out there! Do these things my friends! Practice them, they pray with the kids to thank God for giving us all this beauty out there as we have some down time with the kids and enjoy their summer vacation with them!

I do this with my children every time we go places such as these. God's creation is truly wonderful. God bless!

<a herf="http://boydweeklydevotional.blogspot.com>Encouraging Thoughts for Life</a>

Amen brother Derrick! Nothing like the awesome Creation to underline our awesome God Brother!!! Woohoo!!! Thanks for the comment!