In honor of some of the more impactful mothers of the Bible, let’s take a look at four mothers briefly: RAHAB, RUTH, HANNAH and of course – MARY!
Rahab and Ruth were women of Dynasty.
Hannah was a woman of Dynamic Prayer.
Mary – the mother of Jesus – a woman of Destiny!
Three of these Four Women are directly in the Line of Jesus - the King of the Universe, LORD and Savior of Mankind! 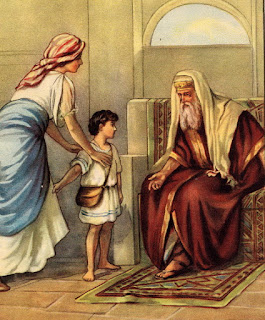 HANNAH, a woman of Dynamic Prayer:

We have all known and/or heard stories of mothers who prayed for their children all their lives. Some pray for their salvation or their coming back to the Lord. Many pray for life and career circumstances, or a family issue. No matter what, there is nothing like the prayers of a mother!

Honore de Balzac said “the heart of a mother is a deep abyss at the bottom of which you will always find forgiveness”…and so a mom prays.

George Elliot said “A mother's yearning feels the presence of the cherished child even in the degraded man”….there is nothing like a mother praying for a lost son or daughter, who has been caught up in the vortex of worldly sin.

I love this Irish proverb “A man loves his sweetheart the most; his wife the best, but his mother the longest”!

Then there is this Jewish proverb “God could not be everywhere and therefore He made mothers”.

All of these underscore the character of a mother, whose heart is always for her children. So when Godly Hannah could not have a child, and most likely, was beginning to feel less than a woman, she did the only thing we know how to do in a crisis – PRAY!

The setting is the Shiloh where the Lord’s Presence had been. Many came from the tribes of Israel up to Shiloh to worship the Holy One of Israel as will be required of the Nations during the 1000 years reign of Jesus Christ. Just as an aside – even with Jesus sitting on His Throne in the Temple in Jerusalem, there will be people still being born etc. who will rebel and REFUSE to go up to Jerusalem and worship Him, annually! No need to tell you what will happen after that!

At this time, God’s priests were the sons of Eli – Hophni and Phinehas and He had in mind a Godly man to be His next priest! The reason for this is the following: Hophni and Phinehas made some American Televangelists look like Snow White! Their aging father Eli, a major minister of the Lord, never disciplined his sons, and contrary to the Law, participated in their skimming MORE than their portion of the priestly food! Not just the corruption and bribery, but old Hophni and Phinehas were sleeping with every woman they could…violating the Holiness of God – RIGHT INSIDE THE TEMPLE.

Here is her prayer which was so fervent that the insufferable Eli, who ignored his sons’ transgressions, accused Hannah of being drunk!

The Word of the Lord: "She was deeply distressed and prayed to the LORD and wept bitterly. And she vowed a vow and said, “O LORD of hosts, if you will indeed look on the affliction of your servant and remember me and not forget your servant, but will give to your servant a son, then I will give him to the LORD all the days of his life, and no razor shall touch his head.” (1 Samuel 1:10-11 ESV)


Let’s take a closer look at the methodology of her prayer because it contains lessons for not just moms, but anyone whose heart seeks after God and feels a tremendous burden to intercede or simply beg for HELP! We look at it seriatim, in bullet form order:

There had to be complete brokenness before the Lord for Him to open up Heaven and release a baby to be born to Hannah. You see this all through her prayer. However, while her belief and faith that God could do what she asked, what was even MORE impressive was her selfless sacrifice and devotion to God!

God not only made her complete as a woman of God and a mother, but He was glorified because of His Grace to this humble woman. In a sense, Hannah is similar to the next Great Mother in the Bible, whom history will talk about until the end of time! Like Mary, Hannah gave her son to the Service of the Lord. Unlike Mary though, Hannah’s son was not God Who became man!

TOMORROW: MARY - THE GREATEST MOTHER OF THEM ALL!
Posted by The Bernie Lutchman Blog at 5/15/2012