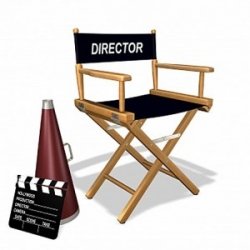 DIRECT YOUR OWN MOVIE...REMEMBER YOU ANSWER TO THE PRODUCER!
Part 3
by

Evinda Lepins
"Stop judging by mere appearances, and make a right judgment"  (John 7:24 NIV)
This is the third blog in this mini series so you probably will want to go to the two before this one so you get everything out of it that you can. Grab your coffee and let’s go get comfy.

I’ve learned, the hard way, that things are never as they seem. I have been served too many pieces of humble pie to count, but enough to know that this is true. Another thing that is true is before we judge someone, we have often connected the dots to get to that point, and usually we are inaccurate in our connecting, especially if we have cast and crew members from other movies throwing in some blank pieces. 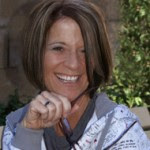 See, we don’t have the whole picture; we don’t have the X-ray into someone’s heart, and though actions speak louder than words, it’s not our place to voice an opinion that is leaning towards condemnation about someone else. You notice I said voice an opinion and not form an opinion? The reason for that is we are going to form opinions; we’re not robots. We just don’t need to act on them. Instead, when we come to a conclusion and form an opinion about someone that is leaning towards a form of condemnation, this is when we need to exert knee service instead of lip service!
Our opinion turns to a judgment when we give it lip service and start sharing it with others. The truth is that our opinion is just one little piece of the movie belonging to someone else. CUT! I just heard a question I just know you’re gonna ask:

But what if your opinion turned judgment involves someone in your movie?
So that would be one of your cast and crew members. There are several cast and crew members in each of our movies. If you’re married, you have your spouse as your co-star, and if you have children, they play almost as big of a leading role. Then there are your parents and/or brothers and sisters and the extras would be your friends. That may not necessarily be the order for you, and it’s not the order for me either because a few of my friends play a larger role than my siblings, but you get the picture!

Wow, this blog is really morphing into something major!

I could go into each one of the cast and crew members that I just listed, but I’ll save it for what will possibly be our next series. Instead, let me get back to answering the question.
Each of the cast and crew members that I listed still have their own movie which is why they can even participate in yours. Obviously you have a bit more influence, not control, over your children than your spouse and your family and friends but the principle is still the same: We have no right to condemn anyone in our movie or someone else’s movie.
The sooner we pick up the tool of influence and drop the delusional tool of control, the easier it will be to “judge not, that you be not judged.” Think back to a time when you have wrongly accused someone of something. I don’t know about you, but when I rewind that tape, I see myself thoroughly and passionately convinced of my case, completely puffed up with pride only to be deflated by the humbling truth that I was wrong. I mean many of my false accusations were wrapped up in ugly and tied with the ribbon of anger. Yuck!

I’m so thankful for His forgiveness, though, that He remembers it no more and I’m glad I still remember some of the most ugly of times where I have been the judge and the jury on my case of wrong accusations because those memories have helped me to forgive when the roles have been reversed and I have been wrongly accused in such ugly and angry ways. That truth makes the last half of this scripture – “For with what judgment you judge, you will be judged and with the measure you use, it will be measured back to you” — resonate profoundly in my heart and life.
May I encourage you to write this verse on a card and look at it every morning and every night? It will truly help you to direct your own movie! That’s a wrap!