WHY DO BAD THINGS HAPPEN TO GOOD PEOPLE?! 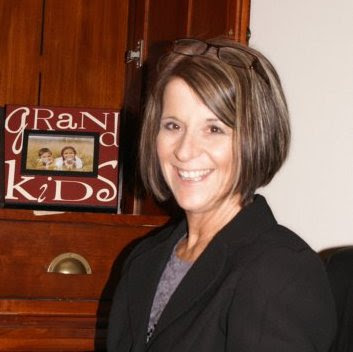 BY EVINDA LEPINS
So I’ve just experienced a major wave of moisture washing my entire body after handing this lady my book and inviting her to look through it. I sat back down just as the hot flash subsided and my girlfriend and I continued our conversation. About twenty minutes later, the lady came back with my book and sort of tosses it back on my table. “I think you’re too optimistic.”
I was stunned speechless for a minute, and I think I heard my friend utter, “wow.” As her accusation collided with my mind, I smiled because that’s probably the greatest insult I’ve had in a long time!

I also was able to recognize that she wasn’t even cognizant of the fact that she was begging for some sort of compassionate response. All I could say is, “Why do you say that?”
She opened up like a gushing faucet, only what came gushing out wasn’t clean water, but emotions riddled with frustration, bitterness and resentment bordering on anger. I understood quickly that this woman needed to be heard and within a few minutes, my friend and I learned where all those negative emotions stemmed from.
She shared with us that her husband had been struck by a car and had been in a coma for three weeks. The way she was talking made it seem like he was still in a coma but we learned later that he was now in some form of rehabilitation. She in fact was there at Starbucks in Redlands while her husband was in physical therapy/rehab at Loma Linda.
Her face softened and the bitterness and anger seemed to recede to the far distance of her heart and mind as she began talking about what a good man her husband was before the accident, how he was always optimistic and that he still is, “and I can’t figure out how he can be like that,” she added, “because we don’t know if he will ever be the same.” She paused, “And my whole life has changed.”
A-ha, so now we’re getting somewhere, I thought to myself.
Then she went on to explain how she had lost sixty pounds just a little over a year ago and she had put twelve of it back on and couldn’t seem to lose it. The anger and bitterness came back to the surface like an angry wave crashing on the shore. Her anger was making her so uncomfortable in her own skin.
Now I could empathize with her some, and I did. I gave her some exercise tips and then I complimented her on her prior weight loss. And then I validated her question like this: “You’re absolutely right,” and I called her by name. I said, “Bad things do happen to good people but good things always come out of bad things, if you look for them.”
She was shaking her head as if to disagree with me but I didn’t let her disagreement stop me. “Yeah, I guess I am optimistic but I’ve learned, you can either be bitter or you can be better.” I wanted to add, but didn’t, and it doesn’t look like your way is actually working for you.
My next question sent her on another tangent. I asked her if she prayed. She looked a bit confused. “What?”  I rephrased my question. “Do you pray at all?”
Whew, that turned on another faucet!

“Yes, I pray every night and I hold my rosary beads or else I have very bad dreams.”
I didn’t bring up a thing about the beads, but what did come out was nothing short of Holy Spirit inspired and it went something like this: “Oftentimes when we’re going through something that looks and feels horrible, we can’t see His hand let alone feel His love for us so our tendency is to blame Him instead of find Him, but He’s there. Invite Him into every part of this. He didn’t make this bad thing happen to your husband but He can bring something beautiful out of it, if you will let Him.”
I looked up to see her eyes filling up and she was quiet.
“Have you asked Him to help you lose weight?” She looked at me as though I were crazy so I just continued. “He cares about all that concerns you. This didn’t happen to punish you.”
Her tears trickled down and she wiped them away. I stood up and gave her a hug, and my friend followed and hugged her, too. I asked her to stay in touch and told her we’d be praying for her and her husband.
The cool thing about that divine appointment was the lady who walked into Starbucks, without a smile, heavy-laden and discouraged, walked out of Starbucks with a smile and some different thoughts in her heart! I really don’t believe in coincidences but I do believe in God-incidences.

So I think if we could have coffee with Him and we were to ask Him that question, “Why do bad things happen to good people?”, I think one of His answers would be something like this: Many times you won’t understand why you’re going through what you’re going through, but if you invite Me into it, I promise to help you through it and when we get to the other side, whether circumstances have changed or not, you will like what has changed in you.”
I’m thinking we’d be a whole lot less battered and bruised physically, emotionally and spiritually.