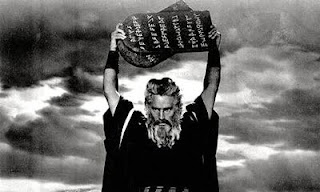 Recently, the Springfield, Illinois State Journal-Register - one of the oldest newspapers in America - asked six of us in the local Faith community (five of us Christians) just who their favorite Bible or Spiritual/Scripture heroes are/were!


We all chose Jesus as number One, naturally! So who are some of the close runner-ups? Three of the six people interviewed are Evangelical Christians and two are very good friends of mine, and super Brothers in Christ! These are men I trust completely to rightly divide and teach the Word of God. They are Pastor Gary E. Gilley, whose columns and books in the past 15 years inspired me to write and blog regularly as I have now! The other person is Kevin Elliott, one of the most humble and gentlest giants of the Faith I know. He has toiled in the fields of youth outreach in the Central Illinois Fellowship of Christian Athletes and is now director of the entire State of Illinois FCA!

FROM THE SATURDAY JUNE 18 STATE JOURNAL REGISTER
Springfield, Illinois.
Here are our answers:‘

Shining light of integrity’
The little known Old Testament character Boaz is one of my favorite heroes in Scripture. During one of the darkest periods in Israel’s history, that of the Judges — when “everyone did what was right in his own eyes” (Judges 21:25) — Boaz was a shining light of integrity, godliness and kindness. Although he personally had nothing to gain, Boaz takes mercy on a destitute widow, Ruth, and her aging mother-in-law, Naomi, rescuing them from a life of poverty and danger.

A servant of humility
It’s hard to think of a Biblical hero without thinking first of Jesus Christ. The Bible in its entirety is written about him and his plan to redeem mankind from sin while glorifying his father in heaven. I believe all people are drawn to those who exhibit true humility and the Bible speaks so clearly of Christ’s humility.

Philippians 2:5-8 says: “Have this attitude in yourselves, which was also in Christ Jesus, who, although he existed in the form of God, did not regard equality with God a thing to be grasped, but emptied himself, taking the form of a bond-servant, and being made in the likeness of men. Being found in appearance as a man, he humbled himself by becoming obedient to the point of death, even death on a cross.”

— Kevin Elliott, Illinois state director, Fellowship of Christian Athletes, Springfield
First martyr
The first martyr for the Christian faith, Stephen, is a major personal hero of mine. What inspires me is his knowledge of the word of God and his wonder of God who delivered Israel out of Egypt, for the will of God to fulfill his promises. Stephen’s absolute commitment to Christ was so complete, he saw Jesus, normally seated at the right hand of God, standing to welcome him home.