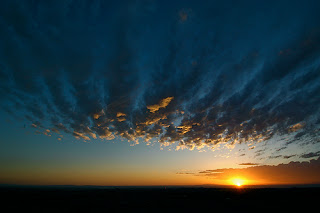 
Bernie Lutchman
Is it possible to watch the same "movie" day after day and miss the plot? You betcha, as somebody once said! Think about these guys - they were in their own "honor roll" in their Law School. They had the most exquisitely tailored clothes; best seats in the big town banquets and people would bow when they walked down the street of the famed city.

They were well known for their piety, made sure they gave exactly 10% till it hurt and would travel south to Tarshish like the "Billy Grahams" of their day. They knew the first five books of the Bible to the letter and could sing any Psalm in the book, with voices that would put Chris Tomlin to shame.
By now, you know I am talking about the Scribes and Pharisees. These cats had all of that, looked every bit the American televangelist of their day, but their insides were filled with dead men's bones. Why? These clanging cymbals missed it! Just like Nadab and Abihu - two of the first priests ever in the Faith - they ran off on their own, doing things God never told them to do (See here: And Nadab and Abihu, the sons of Aaron, took either of them his censer, and put fire therein, and put incense thereon, and offered strange fire before the Lord, which he commanded them not. And there went out fire from the Lord, and devoured them, and they died before the Lord (Lev. 10:1-2) )
The point is, just like the hypocritical Pharisees, we too can miss the big picture! What is that?  - JESUS! All the Scriptures up to that point around 30 AD pointed to Messiah, Jesus, God Who became man. But these religious people were so wrapped up in their idea of "worship" and "service" to God, they REFUSED in their hearts to see Him as He is....AND DO WHAT HE REQUIRED...ie.. humble themselves, repent, seek forgiveness and more.
There are people today who are no different,  in that, they major in the minors of ceremony and extravagant shows in front of the altar while a Rock band is jamming tunes, while living like the devil the rest of the week. The point is - don't miss it....search your own hearts and MAKE SURE, YOUR WORSHIP AND OFFERING TO GOD IS NOT STRANGE FIRE AND THAT ALL YOU DO IS PURE AND ACCEPTABLE UNTO HIM, amen.