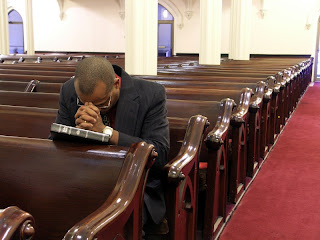 These past 40 days has been one difficult, spiritually charged time. While religious liberty went down in flames to those who have always chosen the world over the eternal things of Father God, the Truth of the Lord still stands strong. Therefore, on this final day of prayer and intercession for this season, for this nations future, in no particular order, here are some some significant prayer focal points,  as we head into an even greater season of uncertainty:

1. We are still under a mandate from heaven to pray for those who are government leaders. The ancient Hebrews hated the Romans, but the former hater - the Apostle Paul - ended up relaying the Word from Jesus Himself that we ought to pray for "kings and all who are in authority, so that we may lead a tranquil and quiet life in all godliness and dignity (1 Timothy 2:2). Now this was not the case then, nor is it the case now. Godliness lost at the ballot box to worldliness! Gay marriage was even voted into law in two states - Maine and Maryland. God will not be mocked by that, but in the meantime, let's still pray for our leaders that they end up following God, like Nebuchanezzar did.

2. We are still under orders to pray for one another, admonishing each other and praying in the Spirit. We will be under increasing persecution as there are not enough votes in the US Senate to stop certain laws to impose on Religious Freedom. A distinction is now being made by some of our rulers between "worship" and "absolute religious freedom" (for Christians only). They want the Christian church to keep their (our) Christianity INSIDE the church only, so that the secularists can, basically, run wild creating a society according to man. This has never worked out in the past, both when Israel rejected God and now, as America has seemed to. Pray for the persecuted church, therefore, which will begin one day, in our own cities and towns.

3. We must pray for the future of our children. Apart from the fiery world events coming down the pike - from a nuclear Iran and continuing danger from islamic terrorists - our children have been burdened with, currently, a portion of the national debt totalling over $218,000!! America voted to continue this, not caring that the money to finance all of this uncontrollable spending is coming from communist/godless China! Combine this with the high cost of any type of college education (due to fat-cat liberal education faculty and systems) and then with our kids having no hope of a career after graduation, our children's futures are truly bleak.

4. Finally, pray for churches who are now part of the a corrupt Culture which God despises. Apart from very few exceptions, almost all American churches are worthless, feckless and lacking any moral courage or depth or resolve to stand for Biblical integrity and truth. When you can name the few Evangelical leaders or preachers who have stood up for just plain decency or Biblical values and freedom in the past two years, we have a soul problem. America's famous pastors seem more interested in schmoozing and grinning with Oprah, than proclaiming "thus sayeth the Lord"! When the chief defenders of Religious Liberty and Biblical Values - Apart from Billy and Franklin Graham - turned out to be America's Catholic Bishops, we have a heart problem! Woe to those famous American preachers, apart from the Grahams; David Jeremiah; Tony Evans and John MacArthur, who remained silent, hoping this would all go away.

The bottom line is this - pray about everything and let the Lord, Who is always in control, work and rule and guide and direct every decd, every thought and every word which proceedeth from thy mouth, in Jesus' Holy Name, amen!
Posted by The Bernie Lutchman Blog at 11/07/2012