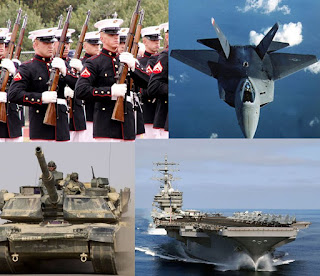 PRAY FOR US MILITARY IN CRISIS
We are nearing the end of what has been a tough forty days of prayer and intercession. World and national events are breaking out all around us in rapid succession as the most important election to freedom and the future of the free enterprise system is just days away. We have kept up with the changing nature of these critical days by praying as the Spirit leads, in a timely fashion. We have no agenda here except God's agenda - which is Salvation; Holiness and Righteousness. It is also about justice, mercy and comforting the brokenhearted.

For the next five days, however, we are focusing primarily on prayer for the following: the US Military; Personal and Religious Freedom; the Economy: the Family and Culture and the Future.

In speaking and listening to recent and current US Military personnel and others in the defense industrial complex, the critical condition of the active duty soldier is the scariest ever. PTSD (Post Traumatic Stress Disorder) is at its worst level. Over 85% (official figures) of soldiers who are being rotated constantly by the command now have PTSD. There is a suicide attempt DAILY! Over 75% of their marriages are ending in divorce due to forced separation, stress and even adultery. Now, comes an incident which, while being played down and/or covered up by the mainstream media, is sending real shockwaves through the ranks of both active and retired military. The incident is Benghazi and the loss of a heroic Navy Seal Ty Woods. Benghazi is fast becoming the biggest national headache since Watergate. 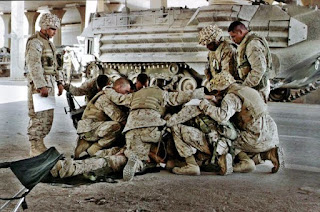 We will not judge or comment on, what is still an unfolding story. Our mission here is to pray for the families of heroes like Tyrone Woods and his dad Charles, who is on point to find the truth about how or why his son was killed. We also pray for those who have served in the long wars in Afghanistan and elsewhere, while no one in the civilian world of leadership is clearly on their side. In an increasingly more dangerous world, the greatest power ever in the history of the world, is at a crucial point....and boy, they can sure use some divine guidance.

So Father God, oh Mighty King and Lord of Heaven's armies....You, Who have set up world governments to represent You, and which man has so corrupted to the point that we need armies, navies and air force services to protect freedom, we cry out to you this day and from now on, for Your Divine Hand of Guidance, protection and mercy on those who serve in the United States military - the Army, Navy, Air Force, Marines, Coast Guard, Special Ops, Intelligence of all levels and for each member of their families - spouses; parents; children. We pray for their health - physical and emotional. We pray for their safety from the enemy, an enemy which cannot be distinguished from sometimes, so-called friendly forces and those whom the servicemen and women were sent to help, by an increasingly incompetent civilian leadership, which is more interested in politics than proper governance. Therefore, we also pray for that same civilian leadership who carries the burden of both administrative as well as command structure responsibilities. We pray for their ability to make the best decision for both the cause, the citizens and the lives of the military personnel involved. We pray they ignore political and personal biases and focus on doing the best job ever.

We pray for the families of these soldiers, engineers and other support personnel who are suffering back on with low income; declining quality of medical care and emotional distress. We pray for the Military Chaplains who are being forced by liberal politically correct to bow down to strange gods and conduct prayer services or other ceremonies while not praying in the Name of Jesus, as we expect real men and women of God to do! Give those Chaplains a boldness to obey God only while performing their duties, oh God. Father we pray for an end to the war in Afghanistan or at least our part in it, and for a re-evaluation as to the role and mission of future military actions. We pray for all the intelligence agencies to get their information right, from now on, so that future adventures will be based on facts and truth. We pray for the truth about Benghazi to emerge quickly so the families of the departed ones and the injured will find closure and healing. We pray for the Word of God to be allowed into the bases, and that it will be taught to our young people out there that they will come to know You as Lord and Savior, because they never know which day will be their last. Father, give direction, comfort and may Your Mighty Hand, as the Commander of Heaven's Armies be upon those who defend the cause of freedom for all mankind, in the Mighty Name of Jesus, I pray, amen.