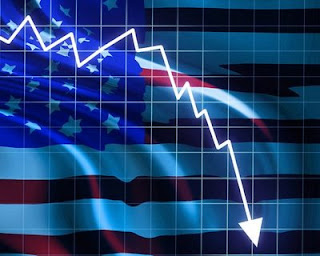 A new week brings new challenges....and especially this week, when the United States selects not just the next president from now until 2016, but the person who will make policies which could affect the lives of the unborn and those of us, already alive. November 6, 2012 is that day and all across America this past weekend, priests and pastors who follow God supposedly spoke Biblical truth to the flock to enable wise, biblically based voting.

There are some issues to bring to the fore as we begin this new week in prayer and intercession for America, its people and those around the world who are affected by everything we do. Since the leader of this country, the lone last superpower on earth, is so all-powerful, whatever him and his administration decides the direction (mostly down) of economies; lifestyles and the culture. Let us remember that as we pray today and the rest of this week and the rest of our lives. We are commanded to pray for those in authority and this will not change, no matter who is elected president. Any ungodly policy promoted by them is another matter. We pray that into the Lord's Hands, Who will judge righteously. Still while we pray judgment on those policies which violate biblical teachings, we continue to pray for those in authority in a positive way.

In addition, let us remember those who are struggling in West Virginia; New Jersey and New York in the aftermath of Hurricane Sandy. New York seems to be the worse off, due to lack of preparation and incompetence by public officials. Pray for the Southern Baptist Disaster Relief folks who are overwhelmed by the demand for their services. FEMA - the Federal Emergency people - have almost no resources to meet the huge demand, and thus, the Southern Baptists have been quietly and with only God as their witness, reaching the hurting and feeding the hungry outside of metropolitan NYC. Pray for them and other relief organizations like Billy Graham's Samaritan's Purse and the Red Cross. Churches are stepping up everywhere to help.

Father, in the Name of Jesus, where people are losing their collective minds, from following man over You, today, this morning, we pray for peace - peace in the inner man....peace in the soul....peace in the home...peace in the workplace and businesses and even the halls of power, where sometimes (and increasingly so) ungodly policies are hatched to control the lives of others. Father, right now, we pray especially for those outside in the cold of November in Queens, Brooklyn, Long Island, Rockaway Beach and all over West Virginia - who were made homeless or without electrical power by Hurricane Sandy. We pray for a shelter for them and that food, water and clean clothing will reach them immediately. They see now that the government and offices of secular man has no power or clout to manage a disaster of this proportion, but that is Your people - the church who have been quietly doing the Lord's work of compassion. I pray for the Reverend Franklin Graham and Samaritan's Purse and all his volunteers along with the Southern Baptist Convention Disaster Relief as they feed and cloth the cold and hungry.

Father, today, the day before the most important election in recent memory, we pray for the economic engine of the United States, not just for the financial future of all our families and each one of us, but given the fact that whatever is done here affects the world....and that even with the massive debt in this country, we are still the most charitable and giving with a big heart people on earth....and it has always been so. Lord, we pray for small business - the mom and pops and young people starting up small businesses in living rooms and basements due to their wonderful imaginations and creativity You gave us. we pray for their integrity, imaginations, financing and a place to market their products to, which will eventually benefit those they will hire and bless. Lord we know that small business owners work harder than everyone else in their fields and they are always the last to be paid, if at all. We know sometimes their families suffer due to the hours demanded in these endeavors. Bless and unite and keep those families together. Now, oh God, we have the big heavy foot of government stamping out religious freedom by telling these same small businesses they must pay for immoral contraceptives and abortion pills. So encourage these business owners to hang in there until the higher courts in the land rule on these mandates.

We also pray for Corporate America, that a return to unquestionable honesty and righteousness will return and they will honor You in all business and financial decisions made, as to with whom and where shareholders monies are invested. We pray for every aspect of the US Economy - from the coal industry and our miners, whose industry the secular left is trying to destroy to the oil and energy sectors. We pray for our farmers who need a nation and the world and the truckers, trains and other transportation means which ship this food to its destination. We pray for construction workers; plumbers, carpenters; mailmen; cooks; teachers; stay at home moms and our great home-schoolers; pastors; priests and evangelists. Bless them all as they work in this economy - YOUR ECONOMY - which man has corrupted. Take it all back, oh Lord, and make it Your own again, but putting the people in power who will follow Your Perfect Will, in the Mighty Name of Jesus, amen.
Posted by The Bernie Lutchman Blog at 11/05/2012