A MUST SEE FILM - OVERCOMING CHALLENGES! 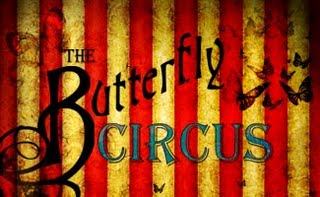 The 22-minute movie (WATCH HERE FOR FREE: “Butterfly Circus”) has been seen by over 20 million people worldwide, and has won the following awards: Clint Eastwood Filmmaker; Crystal Heart; the Vision Award for Best Short Film, and the Audience Favorite Award at the 2010 Heartland Film Festival.  It also won Best of Show at the Fargo Film Festival, and the Best Short Film from the Feel Good Film Festival at the Historic Egyptian Theater in Hollywood!  RECOMMENDED: FIVE STARS!

Set in Depression-Era America, when traveling circuses and sideshows abounded; Butterfly Circus stars the well-known Mexican actor, Eduardo Verastegui, and was written, directed, and produced by Joshua and Rebekah Weigel. However it is Nick Vujicic, playing “Will”, who steals the show!

Called  the “Limbless Man” by the cruel owner of a fairground sideshow, Will is exploited, insulted, and abused for financial gain, until he encounters the kind Mr. Mendez (Verastegui) causing him to stow away in Mendez’ vehicle, to join the Butterfly Circus.

It is at the Butterfly Circus that Will is transformed from a hopeless, angry, young man to become an inspiration to other physically-challenged young people! From "the man whom God Himself has turned His back upon” (and so full-of-hatred) Will grew to be a man inspiring the phrase "the greater the struggle, the more glorious the triumph” under the kind-but-tough love Mendez, and others, offered him at the Butterfly Circus.

CLICK HERE TO READ THE REST OF THIS MOVIE REVIEW