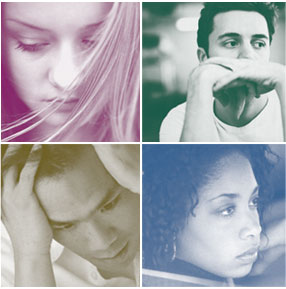 KEY WORD IN OUR NEW AND ONGOING DEVOTIONAL SERIES ON ENCOURAGEMENT: WORTH.

The view of a lot of people today (of themselves) has worsened as the moral climate of a country heads down the sewer, into a sea of oblivion. When you have a country where about 75% of its people see it heading on the wrong track, it is not just about economics and budget deficits or career opportunities. It is a question of VALUE....and not just VALUE under the generalized umbrella of the perennial values of Faithfulness; Virtue and Honor...but WORTH.


I found some interesting meanings of this word "WORTH" which have nothing to do with how much money you have in the bank. Here are some of them: excellence of character or quality as commanding esteem; usefulness or importance, as to the world - to a person, or for a purpose and a quantity of something of a specified value.


Those are some powerful definitions! Yet too many of our people from pre-teen to their early 30's are cashing in their chips, thinking the worse of themselves; their potential and their usefulness in life. If you look at some of the official suicide statistics from the federal government's health institutes, it is worse in the female population from 15-24! In general, almost 12 in 100,000 people commit suicide each year - because they have no concept of their own worthiness. So how do we turn this around? Let's go back to the definition? The qualities of a person's worth are:
- Excellence of character
- True self-esteem

- Value to another person
- Value as a child of God

The reason we have so many young people, mostly females, losing their virtue not just in bars or high school parties etc; but in social media like Facebook and MySpace is the adults in charge of educating them have sold out to the agenda of the flesh, sin and sometimes worse than that! Because of the world systems in public education and culture, the four qualities I mentioned above are not developed and taught!

But this is not a problem limited to teens or 20 year old people. Mature adults in their 30's; 40's and 50's are questioning their own worth, as things go from bad to worse in their jobs, homes and communities! The reason has to be a Diminished View of God.

God does not make junk!
He made a living, breathing, full of life and energy and ready to rumble human being, who is supposed to go out there and make a difference for Him.
He made a beautiful creation who full of imagination and talent who can show the wonders of the things around them!
He made a person of worth!  That is YOU, my friend! Why do you think any differently?