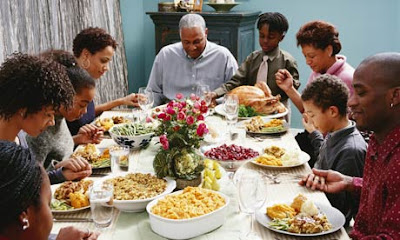 GIVE THANKS WITH A GRATEFUL HEART
Once there were 10 lepers who were crying out! Their heart cry was not just "UNCLEAN" but  "Jesus, Master, have pity on us"! You see they had seen His many healing miracles - most of which are not in the Bible.

True to form, the Great Physicians spoke the Word and all ten lepers were healed!  He did not even lay hands on them, but gave instructions to "Go show yourselves to the Priests"...(The entire passage is found in LUKE 17:11-19)

They did as He said and while walking, the leprosy fell off them and they were healed. Of the ten of them, one came back to thank Him! The Lord said “Were not all ten cleansed? Where are the other nine? Was no one found to return and give praise to God except this foreigner?” (Because the only want to show ANY GRATITUDE at all was a Samaritan!)

Then He (Jesus) said to him, “Rise and go; your faith has made you well.”

Before you and I were saved, we were like that foreigner - outside God's Kingdom! We were lost, unclean and full of the perversions and death and disease of this world. The other nine lepers were just as lost to eternity as this Samaritan.

Yet, they took the blessings of God and like most of the world - walked away from Him.

The Bible said this lone grateful, basically pagan (which you and I were) not only came back but threw himself at Jesus' feet, thanked Him and praised God.

Now here is the revelation: When Jesus told him in the first above "YOUR FAITH HAS MADE YOU WELL", Jesus was not talking about the Samaritan leper's health!

The original word for "WELL" is SOZO!!! You already know where this is heading! This former leper whose love and gratitude to God was obvious was told LITERALLY "YOUR FAITH HAS RESCUED YOU AND SAVED YOU FROM SIN"!!!

That leper was saved right there under the pronouncement of the Savior! You can't get a better confirmation than that! His body was already healed in the previous verses, now his soul was and unlike the other 9, who are like the people in our churches and towns, only 1 was really saved - the one with Faith and Gratitude.

This is the lesson on this Day of Thanksgiving - 2011.
One man turned back as Jesus noted...except the word He uses has a deeper meaning than just turn around and come back....it means REPENTED in essence! Yes! The 10th Leper was going the way of all the other ungrateful lepers, stopped, turned and ran back to Jesus! That is Repentance!

Secondly, without submitting to Christ, a grateful heart and continued worship with that Repentance, a person will not experience that "SOZO" or eternal salvation!

Thanksgiving is more than just thanking Him for Saving you. He has given you everything. The very fact we even have the internet to write a blog like this, post it on Facebook and the freedom to be in a warm home on a cold November day is proof right there!!

How about thanking Him for this and more.

How about writing down 10 Good Things about 2011 and just going "WOW" Thank YOU JESUS for all of this!

We will then see just how Good God has been to us this year, we His people, while the world is heading where it is heading!

GIVE THANKS WITH A GRATEFUL HEART!

Email ThisBlogThis!Share to TwitterShare to FacebookShare to Pinterest
Labels: 10 lepers healed, blessings, give thanks with a grateful heart, Happy Thanksgiving 2011, luke 17:11-19, repentance, Samaritan, saved, sozo, thank you, thank you Jesus

Enjoyed the lesson. Happy Thanksgiving my brother, and His bless you.

Thank you in the Name of Jesus, sir! I value your support tremendously and all the encouraging comments etc! I pray you and yours were blessed with a wonderful Thanksgiving yesterday! Thanks for stopping by and come by anything, bro!

Peace and stay away from stores!!! Amen!