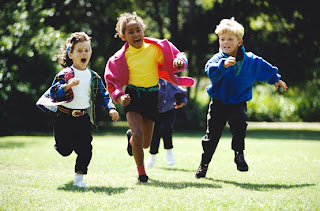 Matthew 13:55
"Isn't this the carpenter's son? Isn't his mother's name Mary, and aren't his brothers James, Joseph, Simon, and Judas?"Little Billy is always mischievous. His antics can put those of Dennis the Menace to shame!

At age five, he climbs into his father's car and releases the emergency brake. It sits on a hill. Dad glimpses from the window and races out the door, just in the nick of time. The rear bumper threatens to be crushed by an oncoming car. Disaster averted!

Little Billy's birthday falls on Christmas Day. His mother calls him her special Christmas blessing. He always gets an extra gift, a coveted one, of which his brother and sister are envious as children are wont to be.

This Christmas, it's a bicycle. Little Billy's eyes pop with delight. He can't wait to ride it! On his first wild and reckless spin in the neighborhood, he wrecks it. His brother and sister are livid with rage. They refuse to speak to him for weeks. Little Billy feels badly, too. Wasn't it just an accident?

Shortly after Little Billy turns seven, the Lord calls his father home. He doesn't understand why his mother is constantly sorrowful. She cries all the time. He doesn't want her to hurt, but he is hurting, too. Who will help him?

Now, Little Billy's impish behaviors escalate to dare-devilish heights. If he isn't climbing  trees too high for him or balancing along the tops of picket fences, he is getting into fights on the playground. His older sister, smart, behaved, and responsible, constantly brings home notes from school. His mother grows weary of reading them.

In addition to the maelstrom of trouble Little Billy seems to create in his wake, his grades in school are hardly impressive. When it comes time to enter high school, his mother, exasperated and grasping at straws, decides instead to send him to an agricultural boarding school for young men. She hopes and prays this all-male environment will help Little Billy straighten up and fly right.

He is only too glad to get away from home.

To spread his restless wings . . .

While at the aggie school, Little Billy learns to milk cows instead of diagramming sentences, and shovel manure in lieu of solving algebraic equations. But, he learns work ethic, respect; he matures. He straightens up.

And flies right into the army after graduating.

After a year, at home on leave, he meets Nancy. They fall in love. He asks her to marry him. She accepts.

He starts thinking about something that has never crossed his mind before: college. A future. At the least, he can study agriculture . . .

So, what happens to Little Billy? The Trouble-Maker? The one no one thinks will amount to much of anything?

He earns a Ph.D. in botany, teaches at a major university for thirty years, is appointed dean of that university's two-year institution for twelve, and serves as mayor in the town in which he resides.

Still, the hometown folk can't see it. Whenever he has gone home over the years to visit his family and friends, he is still "Little Billy". They tell stories on him, recounting his miscreant deeds, shaking their heads in disbelief. How could one so ordinary become extraordinary?

They can't see it. They don't see him for who he truly is.

The people in Jesus' hometown are no different. They remember the "Little Jesus", the carpenter's son, the child of Mary. They refuse to expand their horizons. They refuse to believe. How could the ordinary become extraordinary? And, as a result, their miracles are few . . .

Little Billy realized some miraculous dreams in his life. What are the dreams you have for yours?

Will you pray with me?
Increase our faith, dear Lord, that we might see the real you in our lives. Transform our ordinary existence into extraordinary for your Name's sake. Strengthen our resolve to do your will and walk in the ways you have set before us. May the dreams we have for our lives ever be the ones you have blessed. Amen.

Glad you stopped by! I write a daily devotion at http://marthaorlando.blogspot.com. Hope to see you there!
Blessings!

This is great! A divinely appointed friendship here, Crystal! ;-)

Martha has some really nice, inspiring daily devotions, which I'd rather read than say "Daily Bread" or something like it! They are all like this one today! Blessings to you both, dear sisters in Christ!