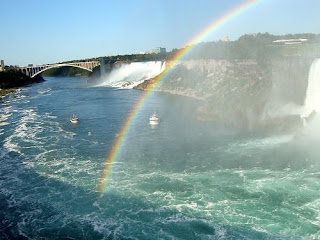 ARE YOU GOING THROUGH THE STORMS OF LIFE?
How are you managing the storms of life? They come, well, fast and furious! Some are just a drizzle. Some are downpours. Some are hurricanes. Some are typhoons which can take you out to a sea of despair really quickly, if you are caught unaware.


Continuing our series on encouragement, frequent guest DERRICK BOYD, a man of God and a High School science teacher from North Carolina, has a unique perspective on Hurricanes. He lives through them endlessly! Yet, Derrick is a man with his eyes on Christ. I think you will like this short offering to the table of discussion! By the way, I tell you what, you don't find too many Science teachers in the Fellowship of Christians Athletes, or who love Jesus!! :-)

It is never a dull moment when you live near the coast of North Carolina. I have lived through several hurricanes in my time. I can remember when Hugo hit when I was a child. I can even better remember Bertha and Fran two weeks apart, Bonnie the next year and Floyd two years later. So when we learned that Irene was on the way, it was just another storm.


One of the observations that I made with this latest hurricane, is the number of people in the area that seemed to be so frightened by the thought of a hurricane hitting the coast. People felt that there was emminant danger ahead and feared for the worst. Now don't get me wrong, a hurricane is a serious affair, and not to be triffled with.


But, it seems that all of the people that I noticed this way, have not had much experience with hurricanes. Either it be that they have not been a resident for long, or they are just too young to remember some of the storms in the past. This got me to thinking about Paul being shipwrecked on his way to Rome, and all that he went through for his faith. In a letter to the church at Corinth, he summed up what he had gone through.


2 Corinthians 11:23-29 "23 Are they servants of Christ?—I speak as if insane—I more so; in far more labors, in far more imprisonments, beaten times without number, often in danger of death. Five times I received from the Jews thirty-nine lashes. Three times I was beaten with rods, once I was stoned, three times I was shipwrecked, a night and a day I have spent in the deep.


Paul had gone through more than any other apostle. Yet he still continued. He took it in his stride. You see, the more we are exposed to the storms of this life, and persevere through them, the stronger we become.


The less the storms have an affect on us. We face these battles daily over our faith. When these storms do come, we need to keep our eyes on God. He knows what is going on. He understands everything that is happening to us better than we do.


By keeping our faith and trust in the Lord, we will survive these storms, and become strengthen by them.


So I encourage you today, if you are going through a trial, if the storm seems too great to overcome, turn to God and put your faith in Him. And He will see you through.

The more I study science, the more convinced of God I become.

You're like the real scientists of old - Pascal and others! Real men of God, brother - like you are!! AMEN!