A FORTNIGHT OF PRAYER - 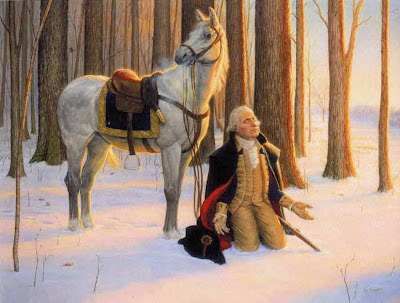 Today's prayer focus comes at a difficult time for the majority of real Christians and especially those who pray. This does not make the task of praying for people whom the majority of citizens do not like, any less critical.  Many of us would rather NOT be praying for ANY political leaders - from local town councilman to those in the capitol city of Washington DC. We see the destruction ungodly (no matter how well-intentioned) policies have wrought on families and the debt-ridden future of our children and grand-children....most of whom have no hope for a future of hope and even a career. We see politicians trample on the free exercise of the spreading of the Gospel of Christ, while bowing down to every other strange belief....and the list goes on from Federal Funding of abortion providers like Planned Parenthood to....and again...the list goes on.


Therefore the question comes up "I am supposed to pray for the same people who wrecked the country and is telling my church they must pay for things I don't believe in?" YES! We are not only supposed to, but commanded to - by our Heavenly Father, in more than one passage in the Bible.


There are two ways we can respond to this. One is called "Imprecatory Prayer". In Christian History, King David was the master of this (Psalm 109). The great Protestant Reformer and founder of the Presbyterian Church John Knox is the best known for his prayers of calling down judgment on those who spread false religion and oppression. Mary, Queen of Scots (also called Bloody Mary) was the most powerful woman in the world almost 450 years ago and is known to have said “I fear the prayers of John Knox more than all the assembled armies of Europe.”


Is the Follower of Christ supposed to called down curses and judgment on people, even obviously bad people like Saddam Hussain or Pol Pot or Bashir Assad of Syria? Not really. As tempting as it may be and as it good as it may make one feel, this actually usurps the Sovereignty of God Who will deal with those well-know evil men as well as those today who promote all manner of conduct which are obviously unhealthy, immoral and against God's Law. We should NOT usurp the Power and Authority of God via imprecatory prayer. We can pray for all challengers in an election the same way we pray for those in office though.


The second choice is moving away from Imprecatory Prayer and doing what Paul says here, directly from the Heart of Christ: "First of all, then, I urge that supplications, prayers, intercessions, and thanksgivings be made for all people, for kings and all who are in high positions, that we may lead a peaceful and quiet life, godly and dignified in every way. This is good, and it is pleasing in the sight of God our Savior, who desires all people to be saved and to come to the knowledge of the truth. (1 Timothy 2:1-4 ESV)


Why we should listen to this Truth spelled out here in Verse 4:
- It is good.
- It is pleasing in the Eyes of God.
- God desires all men and women to be saved.


This last one is important. When we pray for people who say they are "Christians or born-again" but live like the devil....and we pray  for their families and their protection and smooth sailing for them personally - two things will result. The Bible promises in Verse 2 above that it will go well with us personally and secondly, our prayers will eventually make those people uncomfortable in their rebellious souls! So we are to pray most for them to be saved and come to KNOW and LIVE the Truth of the Gospel.


So Father in the MIGHTY and POWERFUL Name of Jesus, Who has the Power to Save and is Sovereign above all the affairs of men and women in authority, I pray for the leaders of my city, state and country. I pray they seek You daily, not like Zedekiah and those kings of Judah who mouthed worship to You while bowing down to pagan gods in their closets, but that they fall on their knees before Holy God daily to seek and obtain guidance. Father they need Your Guidance and Hand upon them that their temporary stewardship as our elected leaders goes well and they first, do no harm and secondly promote the general welfare of the governed.


Lord I pray that they and their families, even those who profess to know You as their Savior, when their public conduct says otherwise, I pray that their wives and husbands and children come to a Saving Knowledge of the True Truth, the Gospel of Christ and that they, like those of us who have repented and believed the Gospel will become saved. I pray that they too, Heavenly Father, will realize their own need for a Savior. Lord, we know that the higher the political title, the more apt the person is to think that all they need is themselves. Lord, we know we can't do anything on our own but that is Christ...and Christ Alone, and His Grace Alone through Faith in Him Alone, Who saves us and not in our own righteousness and works. So Lord, I pray for their salvation and for the humility they need to find that peace that passeth all understanding, in Jesus' Name.


Lord I pray not only for these political government leaders but those who surround them - their advisors and cabinet officers and even their "Yes-men and Yes-women" that they provide Godly counsel and advice rather than some of the stuff we are seeing today. I pray that the Spirit of the Lord convicts the souls of all the people everywhere, not just America. I pray cover also for my Christian brother Stephen Harper who runs the country of Canada that You raise up more men like him, who fear God and who is trying to halt the slide of that country by his pro-life, pro-family stance. I pray for the President of the United States and his family and everyone in that executive branch. I pray for the Supreme Court of the Land and all the associated courts down the organizational chart. I pray for the United States Congress and the Speaker of the House of the people.  I pray for all fifty governors and state houses reps and mayors and others. Bless them all, my God and my King and may Revival of Spirit and Soul come to them as they all surrender their lives to the Service of the ruler of the Universe - my Lord and Savior Jesus Christ, in Whose Name I pray, amen.