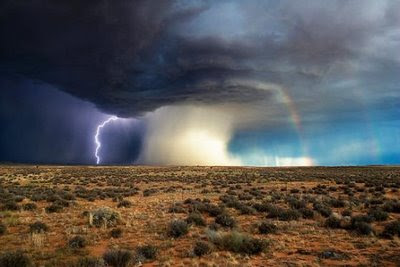 REPROBATION ASSERTED
GRACE ABOUNDING
“And now, O our God, what shall we say after this? For we have forsaken your commandments  (Ezra 9:10 ESV)
And after all that has come upon us for our evil deeds and for our great guilt, seeing that you, our God, have punished us less than our iniquities deserved and have given us such a remnant as this (Ezra 9:13 ESV)


Any dictionary definition of the word "Reprobate" or "Reprobation" first brings up a reference to God's rejection of those He has judged unworthy, due to their conduct and rejection of His Salvation. The horror of the collective American, nay, Western soul is an abomination to the Lord. From the Age of Reason in the 1700's, which gave the world a vile form of secular humanism led by Voltaire and Thomas Paine, to now, Apostasy has grown by leaps and bounds to the point where so-called Christians think they can believe both in Evolution and the Bible they never read.


As we continue our week of preparation in prayer of personal repentance, when we think the Soul of a Nation, we must view it honestly as God does. He sees our once well-mannered and manicured society as a Reprobate Nation. He has rejected our cries and pleas, in the recent past, because we - our leaders in the Church, Cities, Business and the Nation's capitol from the highest to the lowest - do not have His main interest at heart!


It is as simple as that. When a nation chooses or is led to reject the Word of God from the home, because of post World War II prosperity...and then the schools....and then the Culture....and then the political assemblies....we have indeed, as Ezra said about in verse 10 "forsaken Your Commandments"!

So why doesn't God just punish us completely and wipe us out just like He did to Jerusalem when He sent Nebuchannezzar to utterly destroy the city and its religious operation.....why doesn't God just take out all of America in one fell swoop. He could if He wanted. God is a Sovereign God.  Why did He allow the terrorists attacks to kill so many innocent people, yet stop them before more damage could be done?  Look at the list of broken commandments which we, as a reprobate nation, have committed against Holy God:
*Adultery and Divorce in the Church is now higher than the secular society outside the four walls.
*We have allowed over 54 millions babies to be disposed of through Abortion.
*The most popular preachers on TV and across the globe and their media promote the Gospel of Mammon over the Maker.
*Reverence for God has hit an all time low everywhere, as the Holy Spirit is first ignored, and then misapplied and mistaught as strange doctrines now produce all kinds of charlatans. These people call themselves prophets and other big titles, but have no clue or calling from God.....and on and one....

So WHY does GOD ALLOW ALL OF THIS? The answer is Grace!  God can take all in society and churches who have rejected Him and destroy them in damnation forever - NOW. But He has so stated that He finds no pleasure rather than none will be lost. So the Gospel of Christ's Free Gift will continue to be preached that as many who wish, will accept, believe,repent and convert to the Kingdom of Heaven (under the Power of the Holy Spirit Who calls us).  Good people suffer while see evil abounding....the answer again is Grace!

John Bunyan, who wrote Pilgrim's Progress, said in his lesser known but decisive book "Reprobation Asserted" the following about that in Chapter 11:
1.That there is present grace and present mercy, eternal grace and eternal mercy.
2. That the elect (Christians) are under eternal mercy, and that when under present justice (persecution and tribulation); and that the reprobate is under eternal justice, and that when under present mercy.
3. Thus you see again that the non-elect (those who reject God and are therefore rejected by Him) perish by reason of sin, notwithstanding present mercy, because of eternal justice; and that the elect are preserved from the death (though they sin and are obnoxious to the strokes of present justice) by reason of eternal mercy.
What shall we say, then? Is there unrighteousness with God? God forbid; "He hath mercy on whom He will have mercy, and compassion on whom He will have compassion."

Therefore, let's not think about those who flourish by cultural and human decline they cause....but let us all keep our eyes on Jesus, the Author and Perfecter of our Faith "Who for the joy that was set before Him endured the cross, despising the shame, and is seated at the right hand of the throne of God. (Hebrews 12:2 ESV)


Father God, in Jesus Name, because of Your Mighty Love for us, Lord, You have left us here, while there is still time, so that many will hear, believe and turn to You. Lord we have sinned so much - over and over and over - we have fallen short in our walk with You as Christians. We have fallen short in our love for the Lost. We have become one hour Christians each week, while living as we please, the rest of the week....and Father, the way we are living is not pleasing to You at all!


We have broken EVERY single one of Your commands, statutes and laws as a people. You told us the sky is blue but we made it black so we can sin with impunity under cover of darkness. We sat silently while abortions took the lives of millions of babies. We sat in movie theaters and laughed  at the filth put out by Hollywood. We listen to music by old rockers who sold their souls to the devil and call them "Oldies but goodies".


We think it is okay if people engage in unnatural physical relations and equate it with the relationship YOU created for a man and a woman only...as long as they don't do it around us....well Lord, they are doing it around us, and as the last days of Rome, now the government and the legal system are promoting it. Father, we sat by as school systems corrupted and twisted the minds of our children, brainwashed them against You and made it seem as if perverted lifestyles should be the norm and not the Biblical nuclear family. We forgot to remind them that the Lord Jesus warned specifically that if anyone causes one of Your children to stumble, it would be better if they were thrown into the ocean with a millstone around their necks.


Lord, we deserve nothing. We deserve the back of Your hands, We are reprobates and You are perfectly correct to dispatch us to the pit of hell right now! Yet in Your Mercy and Compassion, You have seen our sad estate and left the door open. In Your Grace, You have given us one more chance. Help us NOT to blow it as a people, as Your servants and as believers. But give us the strength, desire and boldness to make one more try, that many will see You as You really are and believe, trust and obey because there is NO other way than Jesus - the Way the Truth and the Life. Thank You for my Father, for it is in Your Son's Name I pray, amen.