HOW NOT TO BE A FATHER 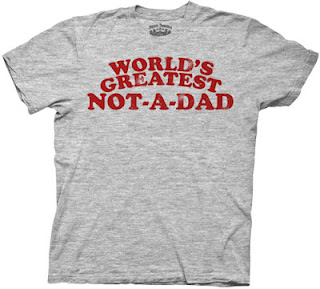 Were some of most famous people in the Bible horrible fathers? Yes, they were!

Let’s go back to the Exodus and the first High Priest of Israel – Aaron.  His sons Nadab and Abihu were just killed by God (Numbers26:61). They, as priests of the Most High, decided on their own to offer up strange incense fire to the Lord which He did not ask for. Where would these men learn to just do whatever they wish and think it would be acceptable to God?

They learned it from their father, Aaron, the golden calf maker. Exodus 32 recalls the horrifying incident of the Israelites confronting Moses’ brother Aaron. Moses had gone up the mountain to talk with God and receive the Ten Commandments.  Apparently the Israelites thought he was up there too long and complained to Aaron. He promptly told them to give up their golden jewelry and then made a golden calf – a worthless pagan idol – for them to worship.

Instead of standing up to the pagan-loving mob, Aaron went along. His sons noticed this about their dad. He would not stand up for what is right. So, in front of the Holiest of all time, on the day of the very first Complete Worship Service in the Desert Tabernacle (or Tent of Meeting), Aaron’s oldest sons – Nadab and Abihu went off on their own. They paid with their lives.

Eli was both the High Priest of Israel as well as the Judge who succeeded Samson – called Shimshon- in the Hebrew language. He was well loved by the people and was in office for 40 years. Eli had two sons who are not named on purpose.

They broke the Law and Commands of God openly, having relations with women right in the Temple. They took bribes, skimmed the best off the top and threatened Israelites bringing their animal sacrifices to the Temple if they did not get the best meat from the animal first. This dishonored God tremendously! God gets the first fruits.

Through all this vile law-breaking inside the Temple, by his two corrupt priestly sons, Eli turned a blind eye. He was must have spent all his time judging and being High Priest because he never saw or heard of his son’s misconduct.  But God, He was taking note.  God sent a prophet to prophesy to Eli about this and Eli’s stewardship, because no matter how much we think we are doing for God, if we fail in our own backyard as a father/husband, we will be judged.

When Eli died at the age of 98, 1 Samuel 4:18 said he was old and fat! Now a busy man, with the two biggest jobs in a nation of millions, does not have the time to get fat. Eli was fat because he was eating the same ungodly meat and spoils that his evil sons bribed and took off the people!  This is what the scripture implies. He did not discipline OR disciple his sons because he had it too good!

Therein is the lesson for us in the 21st century. Compromising Christians will reap earthly favor for a while, but the bill will come due one day soon! (Eli’s story is told in 1 Samuel, Chapters 2 through 4.)

The example of these two men should serve to warn all Fathers, not just Christian dads, that our children watch what we do, where we do it, and how we do it. You know the old saying - "the apple does not fall far from the tree". The question is, what kind of apple tree are you?

Are you a sour Granny Smith Apple, which has to be caked in brown sugar and other sweet coverings to be a good tasty filling in the apple pie of Life....OR are you a Red or Golden Delicious Apple, the fruit of a well cared for a nurtured tree, which are everyone loves to be around?

Nobody's perfect and I am the least perfect of any father, but if you and I fail to learn the lessons of men like Aaron and Eli...if we fail to listen to the Voice of God through His Word and the examples of things and people whom we should NOT be like...if we think we have to go along to get along with the sick dying world out there, we are going to end up like Eli. Eli is representative of all the men in this society who are compromising in the church and affirming every type of lifestyle out there, contrary to the Word of God.

How NOT to be a father? Well, just look at these two Biblical examples....and the two coming up tomorrow - Kings David and Solomon, who were WORSE than Aaron and Eli!

Email ThisBlogThis!Share to TwitterShare to FacebookShare to Pinterest
Labels: aaron the high priest, compromise versus conviction, eli the high priest, fathers day, nadab and abihu, not a dad, strange fire, worse fathers of the bible

Thank you for this post. The analogy with the apples is great. I think we tend to forget how important it is to be a good role model and often become complacent in our roles. Our children are always watching and learning. How great it is that we have the opportunity to learn by example from biblical fathers and most importantly our Heavenly Father!