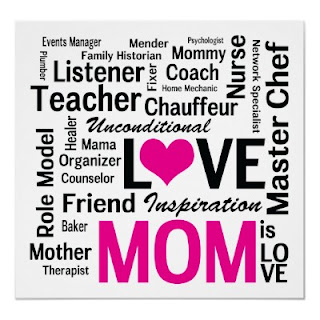 According to the Atlanta Centers for Disease Control located in Atlanta, Georgia, 75% of children/adolescents in chemical dependency hospitals are from single parent homes. 20% of children have a learning, emotional, or behavioral problem is the result of family situational change, according to the National Center for Health Statistics. Absentee fathers contribute to crime and delinquency, while violent crimes are overwhelming among young males that grew up without a father, according to the US Census Bureau Report regarding, Child Support and Alimony. It’s not surprising with these statistics that violent crimes in the Atlanta area, as well as many other cities are on the increase, and those appear to be with little regard for the sanctity of life.
I am in no way judging the many single parents who find themselves, struggling to do their very best. I was once in the same position, and if not by the grace of God, my children could have fallen into those very statistics.


“It takes a village to raise a child,” rang true in my life and that of my children’s. Neighbors, Christian friends, and Christian coaches, helped with the raising of my children beyond what I realized, at the time. In fact, in a way, they (each child) held each other accountable, as well. Not everyone has that network available, it seems. The network I had was instrumental in keeping my children on course. Did any stray? Of course! We all did, at times.

It has taken much reflection to realize just how important, the calling of a wife and mother is. I’ve always known it was, but society seems to dictate to women that if they do not possess a career outside the home, that they are somehow below par. It couldn’t be further from the truth. I did work outside the home at times. I felt I was called back into my home, when my twins turned two. Following that, I worked only around my children’s schedules, mainly at schools, as much as possible, being mostly a homemaker, until the day I became a single parent.
Fast forward to present. I am first a Christian, a wife, a mother, “Nana,” a friend, and writer. Our children and grandchildren love to be in our home. I often hear from our children, “I feel so relaxed, when we go there.” That’s what our homes should be, and it does take work, but it is well worth the effort. It took me a long time to learn this lesson.
It is so exciting to find some mothers in the metro area who are proud to be homemakers. Being a homemaker is an honorable position. According to the Bible, it should be taught to the younger women by the older women. “That they may teach the young women to be sober, to love their husbands, to love their children, To be discreet, chaste, keepers at home, good, obedient to their own husbands, that the word of God be not blasphemed.” Titus 2:4-5 (KJV)
Maybe with the transient society that we now live in, it is more difficult for the older women to teach the younger, but I do see a trend in women returning to the home to guide their families, and whenever possible I try to encourage them, sharing some of what I have learned.
http://www.rainbows.org/statistics.html
http://www.biblegateway
READ MORE OF DIANE LANDRY'S ARTICLES HERE ON EXAMINER

MORE IN OUR RUN UP TO MOTHER'S DAY, NEXT: CHERI MAJORS
Posted by The Bernie Lutchman Blog at 4/25/2012