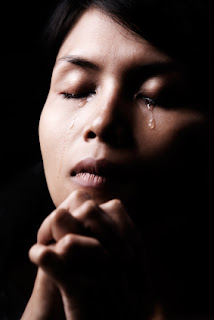 The great classic author Charles Dickens began "A Tale of Two Cities" with this - "It was the best of times, it was the worst of times"! Dickens lived in the Victorian age of proper living among the upper class, but poverty and despair among the masses. Yet, the hoi polloi (or the many) looked up and almost worshiped Queen Victoria of England.

Mortal man always has to have something or somebody to look up to fix our adoration because God has put His Law in our hearts and the desire to worship something, we think is better than us. You and I know, that object of our worship and total commitment is the Lord Jesus Christ Himself. But over the last 150 years or so, the total depravity of man has shown itself in the way he has lied to many millions, under the power of another god, in order to make him and not God the center of that worship.

Another CD from England - Charles Darwin let something out of a bottle which continues to twist the minds of many. While Darwin may have meant it as a theory, his evolution writings became the basis of Hitler's extermination of six million Jews. His devotee Margaret Sanger and her Planned Parenthood, now protected by governments, have killed almost ten times what Hitler did, through abortion. Karl Marx and his satanic studies and philosophy led to Socialism and marxist dictatorships which have killed over 100 million in the past century....and the oppression of countless others, still in progress.....these are the WORST of times, alright!

But there was a man, who was taken up in the Heaven after getting knocked off a horse on the Road to Damascus. He saw things in there, he could not talk about. So God gave him a reminder of that by a "thorn in the flesh". He spent three years in the Arabian Desert with the Lord Jesus teaching him personally and could not wait to die to go and be with Him. However three times, the Apostle Paul begged God to talk to take away the "thorn", three times God said NO!

In fact, the Father said "But He said to me, “My grace is sufficient for you, for My power is made perfect in weakness.” Therefore I will boast all the more gladly of my weaknesses, so that the power of Christ may rest upon me (2 Corinthians 12:9).

You see friends, we don't need political power, worldly riches and accolades. We just need to surrender to the fact that in our weak estate, we are nothing and He is everything...that we are helpless and He is our help. So today, if you're going through a period of testing and tribulation and think that these are your worst times, please read these Words from God's Prayer Book - the Psalms. Then reflect, meditate and pray over them, putting your name in there and asking God to let HIS power show through your weakness so others will see His Presence alive in you! Amen

Hear my cry, O God; attend to my prayer.
From the end of the earth I will cry to You,
When my heart is overwhelmed;
Lead me to the rock that is higher than I.
For You have been a shelter for me,
A strong tower from the enemy....
I will trust in the shelter of Your wings." Psalm 61:1-4

"Whom have I in heaven but You?
And there is none upon earth that I desire besides You.
My flesh and my heart fail;
But God is the strength of my heart and my portion forever." Psalm 73:25-26

Thanks Bernie!!! Great Words for today!! You are a Bright Light on a Mountain! I Bless YOU with Blood covered LIGHT of JESUS!