UNDER GOD, UNDER ATTACK 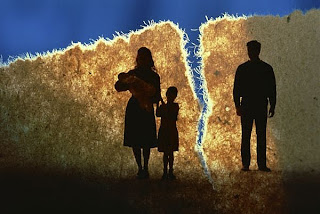 
The assault on the Family will never stop until Jesus sets down on Mt Zion, splitting the mountain in half and wiping out all who have rebelled (this is accurately prophesied in the Bible).


Witness the following:
- A family meets in San Diego county AT THEIR HOME for Bible study. The San Diego sheriff shows up to shut them down. The matter is now in California court.
- California judges are now being asked to state their sexual orientation by Governor Moonbeam and his indoctrination camps. This is to insure only gay-friendly judges are allowed on the bench...and is also unconstitutional, but that has never stopped socialists. This is also designed to destroy the traditional nuclear family.
- California public schools are forced to teach the gay agenda, through new textbooks and curricula, to kids (due to a law signed by Brown in July 2011) while prohibiting parents from removing their kids from this forced indoctrination.....and on and on, ad nauseum, ad infinitum....


Not just California (which will feel the Wrath of God so badly one day, they would wish there were Baghdad), but all across the country, every entity - from liberal school districts, perverted politicians and corrupt city halls to the liberal media and yes, the church - the family structure God created to inhabit the earth, is being targeted for destruction, on purpose!


We can all trace it back to the Garden of Eden when Eve negotiated with a filthy serpent, while Adam stood by and watched his wife talking with a stinking snake! Yes, since then, fathers have fallen down on their jobs, gone weak and passive and let the snake rule his home. Adam, who knew and saw the Shekinah Glory of the Living God...Adam, who walked and talked daily with Jesus...Adam, who knew what it was to be a man of destiny and dominion...that Adam, turn his back on Jesus to follow a snake.


Since then, we have King David, not satisfied with the wives he had, weaseled out on his troops and spent the time on a roof top ogling Bathsheba. The fruit of that abomination is Solomon, whose sons not just destroyed Israel but Solomon's pagan worship led to Israel being a secular godless society today. Abraham's refusal to say NO when Sarah told him to sleep with Hagar, gave us Ishmael and every terrorist in the middle east.


If you fast forward to the 1960's and the massive debt-ridden trillion dollar Great Society social experiments by US President Lyndon Johnson and the liberals, we can trace the breakdown of not just the entire African American family, but those in rural Caucasian America. When government assumed, on purpose, the Role of Father, weak men pulled an Adam, and let their women negotiate with the snake....this time, the snake had grown to the size and spirit of Leviathan!


(By the way, if you ever wondered why, or where Evolution and the attack on the Book of Genesis and Creation came from, look no further than Genesis 3. The evil one does not want anyone, especially those in the church, to know he is out there, and the devastation he has wrought! So he has built a lie - the Lie of the Big Bang...food for another study, some other time!)

All of the inner city decay, death, destruction and despair can be traced back to  President Lyndon B. Johnson, who was never saved and is now regretting everything he ever did. For most of the past 2000 years, the Church had been the meeting house and bedrock of the family.


Christians give the most to charities that feed mostly non-christians. Franklin Graham's Samaritan's Purse ministers to disaster areas, behind the scenes, while loud-mouth politicians, who never give a penny of their own money, decry those who do.


All of this came about because God established the Christian Family as the core of civilized society, when He sent the Apostle Paul to Rome to establish the Spread of the Gospel. This blog is not long enough to go into the history of how the early Christians lived, survived persecution, flourished, survived persecution again during the Reformation and then landed in America - once known as the land of the Free!


Today, in 2012, we see the most vicious frontal assault on the family of God ever. We see it from the highest echelons of power to the lowly city council alderman. We see it happen because parents and churches have become by-standers and enablers like Adam, while perverted and corrupt minorities set the tone and agenda to corrupt and destroy our children.


We sit by while Hollywood feeds the vilest trash on Television, night after night.
We sit by while comedians make foul jokes against traditional institutions and laugh with them.
We sit by while music promotes alternate lifestyles and have no idea if our children are downloading these songs to their ipods.
We sit by while pastors and churches in New York City are arrested for praying, by that mayor Bloomberg, and all we do and say is "we will pray for you"....and never do.
We sit by while churches are burned in islamic countries while cowering when the media say Christians are the problem.
We sit by while the entire secular world gives us the finger, then throw up our hands and wish "Jesus would come and rapture us now"!


Men of God, where are you? You and your mega-churches said nothing when Bill Devlin and Manhattan Bible Church, in NYC and 60 other poor churches were kicked out of the empty school buildings they were renting. Rich Mega-church  pastors like A.R. Bernard and Tim Keller only ended up making "statements of support" for the real brethren out there, after the Christian Post and some of the persecuted pastors embarrassed them for their silence over the travesty happening this very month, in New York City. No thanks to Keller and these other rich dudes, a Federal Judge just this Friday told the City that the churches had to be allowed to rent the buildings.


Here is what God told Adam after he allowed Eve to not just eat the forbidden fruit, but then to eat it himself "And to Adam He said,
“Because you have listened to the voice of your wife
and have eaten of the tree
of which I commanded you,
‘You shall not eat of it,’
cursed is the ground because of you;
in pain you shall eat of it all the days of your life;
thorns and thistles it shall bring forth for you;
and you shall eat the plants of the field.
By the sweat of your face
you shall eat bread,
till you return to the ground,
for out of it you were taken;
for you are dust,
and to dust you shall return.”

Men, it does not matter to  if you're an atheist politician, a corrupt businessman,  the local electrican or Mega-church pastor, GOD IS GOING TO HOLD YOU ACCOUNTABLE FOR THIS ABOMINATION YOU HAVE ALLOWED!


Men, you and every man, who stood by, while the Culture, the Media, Big Education, Big Government and Big Lies destroyed the traditional family, will answer and unless you are barely saved by the Blood of Christ, you have no idea what the Wrath of God will be like. Men, you who are not walking in the Light of Christ, will wish you were stick in traffic again on an LA Freeway, or some such thing.


So why  no mention of moms and single moms....well, as a man whose father died when I was eleven and being raised by a single mom, I know what it took to get here - it was prayer and my Heavenly Father - no welfare state and no man in the house. Moms and the women of God have their own sin and other issues to deal with, which is not the focus of this message. It was Men whom God called to lead the family. As a man and the leader of several men's ministries currently and in the past, I know exactly what my role is.

Those whom God has ordained, He called and equipped. Men, put on your robes of righteousness now, or be stripped of your command one day. Our Nation, our Family used to be UNDER GOD, now it is mercilessly UNDER ATTACK.


The time is now, to correct this...in Jesus' Name, amen.

Very encouraging post Bernie! I'm sorry to hear of your Dad but you know your Heavenly Father who is a father to the fatherless. The perfect example of what a father should be. You absolutely know what the role of a father and a man should be. Bless you for that Bernie. This post is definitely for believers.
Have a blessed SONday :) Best regards to your wife & babies :)

Thank you Bankie! :-))
It was a T-rrific SONday and I hope your day was as well! Thank God for our Creator and Heavenly Father and all He does for us, rescuing us from the pit when we did not deserve it, sis! I am reposting one of yours from last October which caught my eye as relevant, as a meaningful word for today! Thanks for writing it! Bless you and your little babies and husband as well, Crystal!