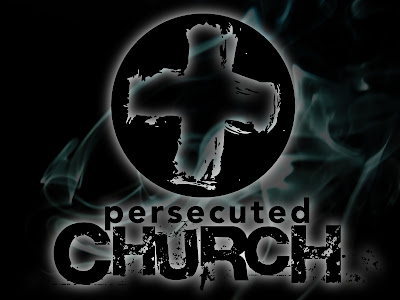 Matthew 10:16 I am sending you out like sheep among wolves. Therefore be as shrewd as snakes and as innocent as doves.


The people of God were never meant to be a part of this dying world system! That could not be more evident right now as we see the very tenets of religious liberty under attack in America. Some folks act as if this is new! There is nothing new about any of this!


Since Adam stood by and allowed his wife to be lied to and deceived by the serpent in Genesis 3, God's Will has been under attack...and it has been for the past 6000 of our existence here on Planet Earth. The difference is: the gig is up and the devil is pulling a Pat Benatar (i.e. "Hitting us with his best shot"!)


We see events spinning out of control all over the world. In the past year alone, we have witnessed live on worldwide television the following: 1000's killed in Tsunamis in Japan; earthquakes in Haiti and Tornadoes in Alabama and Joplin, Missouri among other catastrophic events. Even scarier is the collapse of almost every major financial system in this world - from the European Union to the United States.


This sort of thing does not happen in a vacuum. The seeds of disorder was planned long ago and executed in the past 70 years, for such a time as this. Go back to the late 1700's and we see that a goal of those evil Jacobins, who created the French Revolution to do away with the church and the Bible was to spread that revolution to America. They even had a unit set up in New York city to do what one of its proponents, Voltaire, said was "to kill Christianity" and to make the "bible obsolete"!


George Washington and some other patriots were so alarmed, they put a stop to it.


Fast forward from the 1790's to the late 1940's. The post World War 2 prosperity in the West allowed those brave souls, who survived the awful Great Depression and the long World War, to let their guard down. Their children started looking for comfort and new things to amuse and fast cars and the easy life. Back then the great Chicago Preacher A. W Tozer and others in the Bible belt were warning about the loss of  our First Love - Jesus Christ. America would not listen, and began to play church.


Politicians and liberal judges from the lowest to the US Supreme Court waited their turn, until the weakened body of Christ were no longer able to be stand firm....and then gradually we have what we have today. They removed prayer and the Bible from school and the entire public arena.

Today, the American church has decided to fight back as the 'giver of modern day life' - the Government has decided to start telling church-based organizations just how they will operate. The latest outrage over the government-ordered mandated contraceptives and abortions pills (RU486) is the first major thing to strike a nerve with the general public. Before this, all kinds of persecution of Christians had begun in the United States military and gone on, completely unnoticed by most.

Just in the past two years or so, the following has come out of the now politicized Pentagon:
- Rev. Franklin Graham was kicked out and disinvited from a National Day of Prayer service inside the Pentagon in 2010 because of his solid stance for Christ!
-  Rev. Franklin Graham runs the worldwide charitable SAMARITAN'S PURSE, which gave over 8 million shoeboxes full of gifts to poor children of all races and religion around the world. This past December, the US Air Force Academy in Colorado Springs kicked Samaritan's Purse off the Campus because two atheists complained!  Yet this same Air Force Academy has given witches some high ground to build and conduct their Pagan rituals!!!
-  US Chaplains are forbidden from praying in the Name of Jesus.
-  Last fall, the brass at Walter Reed Hospital, the largest military one where wounded military from Iraq and Afghanistan are treated, sent down a written memo banning ALL bibles from Reed! After it was discovered and some US congressman started condemning the ban from the floor of Capitol Hill, the US government took back their memo and allowed families to bring bibles for their wounded sons and daughters again.
-  Just two weeks ago, all Army chaplains were banned by the government from reading a letter from the Catholic bishops, where the bishops spoke against the fact the church was being made to buy and give employees medications for free, which violate the First Amendment of the US Constitution!

Yes, friends, this is not happening in a vacuum. There is a war against not just God, but this war resulted in the Son of God being crucified on a Cross. Jesus Himself predicted all of this and more. Here is an example: Therefore I send you prophets and wise men and scribes, some of whom you will kill and crucify, and some you will flog in your synagogues and persecute from town to town, so that on you may come all the righteous blood shed on earth, from the blood of righteous Abel to the blood of Zechariah the son of Barachiah, whom you murdered between the sanctuary and the altar. Truly, I say to you, all these things will come upon this generation. (Matthew 23:34-36 ESV)

Friends, Persecution of Christians is not just coming to America, it has already begun. This was predicted all through the Bible and should not be a surprise to the people of God. Sadly, most churches and their leaders are so squishy and wishy washy inside, they would rather sell out than fight the good fight for the Faith, as the Apostle Paul did in 2 Timothy 4:7.

You and I must not be caught flat-footed like those whom the Lord spoke about as the Ten Foolish Virgins. Tomorrow, we examine what that means, in these tense teams, when the church in America is finally facing what Christians worldwide, already live with.

Father in the Name of Jesus, give us the strength to make it through this day. Give us the courage to travel along Your Way. Give us the words that You would have us say. Father we, who are called by Your Name, are seeing an ever increasing hostility and hate for Christ which always existed, but which the devil is using in these last days, to  divide and destroy those among us who are either weak or were never saved.

We ask Your Spirit to guide us into all Truth and give us the wisdom and discernment we need to get through these times and to do it with love, grace and under the Power of Christ that we may win many to Him because of our example, even in the face of persecution. We pray for those persecuted even more across the world that we be one as You are One in Heaven and we ask all of this, in the Mighty Name of Jesus, amen.

Every Christian needs a Savior, a God like Jehovah, Hashem, Yahweh. Every sheep needs a shepherd like a true son and daughter do.

Look at all the stories contained in the most beautiful book ever written. From Abel, to Noah, Moses and Christ. The seven shepherds of sceva and eight principal men. Peter and Paul.

Mariam, Rebecca, Sarai, and Mary the Mother of God.

All great stories and examples of obedience and leadership.