CAN YOU LOSE YOUR SALVATION? 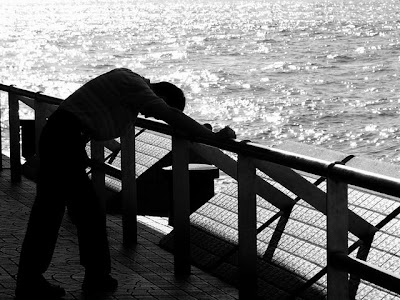 LET ME ANSWER THAT QUESTION - NO! YOU CANNOT LOSE YOUR SALVATION, IF YOU WERE TRULY SAVED! Q.E.D.

Over the past year, the question of a person falling from grace...and actually losing one's position as a child of God has been popping up in some of the unlikeliest places.  Just this week, I was also asked this very question. Therefore, in short, let's try to examine most of the following issues to clear up this matter, once and for all!

There is the issue of the 'backsliding' christian.
There are those who simply walk away from Jesus, like Nascar driver Jeff Gordon, who was once the poster boy of the Nascar Christian.
There is also the Role of God's Holy Spirit in all of this.

For those who say a Christian can lose his/her salvation, their argument revolved around the following short passage: "For in the case of those who have once been enlightened and have tasted of the heavenly gift and have been partakers of the Holy Spirit, and having tasted of the good word of God and the powers of the age to come, and then have fallen away, it is impossible to renew them again to repentance, since they again crucify to themselves the Son of God, and put Him to open shame." Hebrews 6:4-6.

Before extrapolating that to Christians today, let us realize this book of Hebrews was written to Jewish Christians in Jerusalem, who were left leaderless when the Jewish priests killed James, the half brother of Jesus. James, author of the great book of James, was the leader of the Jerusalem church. Because there was now no church leader in the Capitol city of Christianity, Messianic Followers of the Way, were under heavy assault by the Judaizers to get back under the Law of Moses, in order to just live and get food!

These believers did not backslide, but were under assault by teachers of the Law to add good works as well as all the ceremonial laws, which Christ did away with on the Cross!

If a modern teacher or pastor uses Hebrews 6:4-6 to say that a person can lose his/her salvation, they will clash with the clear actual translation from the original Greek! The phrase from Verse 4 "those who have once been enlightened" actually does the opposite of the "Lose Your Salvation" proponents!

Witness - "once (hapax) been enlightened (photizo)"....HAPAX means - once and for all. PHOTIZO means brought into the light....that is - rescued from the domain of darkness or hell!!

Right off, the Word says - you are saved ONCE AND FOR ALL!

In Verse 6, we need to look at two phrases and here is the first "and then have fallen away" . The original word for this is "parapipto" or fallen from a close position as a follower of Christ!

Then the phrase from Verse 6 " it is impossible to renew them again to repentance" rounds off the core of what we are discussing.

Basically, from the original text, the Word says in plain English - "if you, Mr or Ms Christian, falls from grace,  it becomes more and more impossible to change your mind and align it with the Mind of Christ...(the broadest meaning of Repentance)".

Therefore, Hebrew Verse number 4 says that we are saved once and for all. Then verse number 6 says you can sure fall from grace and get to the point where your love grows cold.

Jesus Himself confirms this passage in Revelation 2:1-5, when He lays into the Church of Ephesus. Jesus fleshes out the concept of what I just laid out from Hebrews 6:4 and 6, when He says in Revelation 2:2-5 "I know your deeds, your hard work and your perseverance. I know that you cannot tolerate wicked people, that you have tested those who claim to be apostles but are not, and have found them false. 3 You have persevered and have endured hardships for My name, and have not grown weary.
4 Yet I hold this against you: You have forsaken the love you had at first. 5 Consider how far you have fallen! Repent and do the things you did at first. If you do not repent, I will come to you and remove your lampstand from its place."

The Lord says in Rev. 2:5 that they had fallen flat on their face..and fallen or backslidden really bad. He gave the church a chance to repent. He did not take away their salvation.

Now here is the KEY VERSE IN ALL OF THIS...the very next one -  John 10 Verse 28 "I give them eternal life, and they shall never perish; no one can snatch them out of My hand.

We hear Him because His Spirit - the Holy Spirit of God - lives in us! This is the same Holy Spirit Who hovered over the unformed space called Earth, and spoke Creation into being!

If we say that people can lose their salvation, we are basically, well, to put it mildly, saying that JESUS MISSPOKE!  Do we really want to "go there"?!

If we say "God says it, and I believe it", we have to believe Him and His declarations here as well. The New Testament believer, who has been actually converted...AND THIS IS IMPORTANT, cannot lose the Holy Spirit, Whom the Bible says HAS SEALED US UNTIL THE DAY OF REDEMPTION!

There is NO doubt the Holy Spirit has the lead role here.

For this logical and literal argument, which I have laid out to PROVE a Person cannot lose their salvation, there has to be a TRUE CONVERSION and not the typical majority of American "Christians", who raise their hands, walked an aisle or just call themselves 'christians' or 'evangelicals'!

True Conversion is the person who is a new Creation in Christ Jesus (2 Cor. 5:17) because he was literally born again or rejuvenated in the spirit-man by Conviction of the Holy Spirit; then there was Repentance of all that sin which He reveals; then seeking, obeying, believing, trusting and accepting the Free Gift of God.

Once this person is converted or "saved", he or she now has a commitment to make - and that is to submit to the Will of God through Christ and determine to live like Him. If this is done, He is now LORD of your life NOW, here on earth! Most Christians or church go-ers have big problems here in America with that one. For most Americans or western christian THEY are the lords of their lives, not Jesus. Those are the ones who easily fall away, when hard times or persecution hits.

So, can a person really lost their salvation? For the professing "Christian" who has never been born again, the answer is YES. For the rest of us, who have the Holy Spirit living in us and are saved - the answer is NO! We cannot lose our salvation.