THINK ON THESE THINGS - SUNDAY MESSAGE 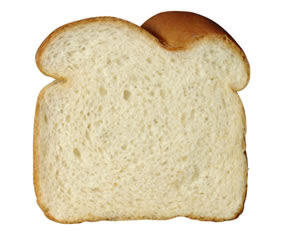 DO NOT BUY THE BREAD OF THIS WORLD!
But He answered and said, "It is written, 'MAN SHALL NOT LIVE ON BREAD ALONE, BUT ON EVERY WORD THAT PROCEEDS OUT OF THE MOUTH OF GOD.'" Matthew 4:4 NASB

This powerful verse quoted by Jesus, right back in the devil's face, was given during the "temptation of Christ" in the wilderness after Jesus had fasted for 40 days. Now a fast by both Jesus and Moses and others, during Bible days, meant - NO FOOD!

Here is what Jesus is really saying to this evil scoundrel, in bullet point to drive it home:
* This is NOT about you.
* This is about My Father God's REVEALED Word - RHEMA.
* This Rhema is His revealed Truth for mankind to live by.
* This Rhema carried the repository of all which SUSTAINS.
* That which sustains is not found in physical food only.
* Physical food perishes and is expelled.
* If that food was good, it nourishes, if it was not, it causes heartburn.
* Therefore, man's lifetime should not be wasted chasing these things.
* The life of a man or woman is more than just seeking that which fills us daily.
* But combined with the riches of God through the Truthful Revealed Word of God - we have found the true meaning and fountain of Live!

All of this and more are packed into this one simple phrase! Also if you study the original language, we find out Jesus was only talking to those who believed! This Truth is not for those who have rejected Christ or even those who are YET to know Him, my friends.

In going right back at the god of this world - Satan - with the Word, Jesus proved Himself, once again, to be the Word Who became flesh...and dwelt among us. Even more revealing is this - He is teaching us NOT TO BUY THE WORLD'S BREAD!

He is not talking about banning Wonder Bread or the latest delight from the local bakery in our homes. In another place, Jesus warned His disciples to beware of the YEAST of the pharisees (Matthew 16:12 NASB)- Then they understood that He did not say to beware of the leaven of bread, but of the teaching of the Pharisees and Sadducees.

Again, the Lord is NOT talking about physical bread...but the Yeast that puffs up or proofs the dough. This is the dough which Abba Father uses to mould us into His children. When we get puffed up with pride, because we bought the lies of this world, we then begin to eat the "Bread of this World".

The bread of this world is a basket full of lies, deception and misdirection. It is sin, sex and satan. It is Rihanna, Lady Gaga, iCarly, Miley Cyrus, the Twilight movies, Harry Potter..It is not just Hollyweird....but ANYTHING, even a so-called Christian activity or book or cd...ANYTHING which takes us away from God or from Living for Christ...it is ANYTHING which causes us to grieve His Holy Spirit Who lives in us...
THAT IS THE BREAD OF THE WORLD..AND DON'T BUY IT!
DON'T FALL FOR THE LIE!
DON'T FALL FOR THE CHEAP IMITATION!
DON'T FALL FOR THE LIPSTICK ON THE PIGS OF THIS WORLD...but savor, immerse yourself in and just BE the TRUE IMITATION AND FRAGRANCE OF THE LORD JESUS!

This is the TRUE BREAD which gives, sustains and leads to - ETERNAL LIFE!
Posted by The Bernie Lutchman Blog at 8/14/2011