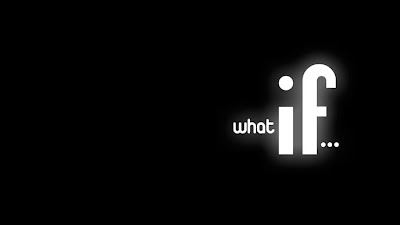 CONCERNING THE YEAR THAT AIN'T NO MORE


What if we had filled up the tank on the way to work, right before Sheik Abdul sneezed and gas shot up 45 cents a gallon?
What if we had just been cussed out by a guy named Frank, but still gave the cashier a credit card-sized tract which looked like a "Facebook" logo with a Friend Request that reminded her "What a Friend we have in Jesus"?
What if we had just gotten that one last prayer in for uncle Joe, who was in Hospice Care but thinks he was good enough to get into Heaven because he never killed anyone....well except for that bridge he blew up in Viet Nam...and the er...secret mission to Cambodia...???!!!
What if?


You get the point!
Life is sometimes a series of missed opportunities. It happens to everyone at the most crucial moment. How many times have we said "aw man...I should have said....." or "why didn't I mention......" or "if I get the chance to tell....I will...." ad nauseum!


2011, THE YEAR THAT'S NO MORE:
This past year was no different. Looking back on what ain't no more, we see:
- Blizzard on Groundhog Day (February 2, 2011) which shut down the Midwest and took the life of a 55 year old friend of mine, who went shovelling two feet of snow with a bad heart.
- Tidal Wave shown live on worldwide TV in March....as many of us watched in horror as thousands died lost forever to eternity in a split second, because they did not know the One True God.
- A monster mile-wide tornado took out Tuscaloosa, Alabama in April which they still have not recovered from.
- A similar set of violent tornadoes almost completely destroyed Joplin, Mo, about 6 hours from where we live. But unlike the other natural disasters, we were able to mobilize truckloads of food, water, clothing and money to help love on these dear people, who lost everything except their Hope!
- The St. Louis Cardinals, hot on the heels of one of the biggest Christian Days at the Ball Park in August, win the 2011 Baseball World Series in some of the best baseball ever played.
- Yet we had spectacles of spoiled rich kids armed with Apple iPads, iPhones and more electronics you can shake a stick at, "OCCUPYING" every major city in America, causing havoc, lost of income and disease by living in 1960's styled communes...complete with illicit sex and violence!
- But then we had the Tim Tebow phenomenon!  One thing those who don't understand us Followers of Jesus is this - Tebow has the jump on them! The thing is - a person either bows or "Takes" the knee to Jesus Christ NOW as your Lord and Savior - or THEN on Judgment Day, when the majority of mankind will be forced to do so, right before being condemned to Eternal Separation from God!
Therefore - GO TEBOW!


TWO MOST IMPORTANT THINGS TO CONSIDER:
All of the aforementioned are community and national phenomena, which we should not neglected. However the most two most important  Evaluations of the past year are these:


Today, at your New Year's Eve party or fellowship or on your couch watching some ball fall off the side of a New York building, THINK ON THESE THINGS:
-  What if I had read my Bible more than just the 3 minutes in church, which the pastor reads and I follow?
-  What if I even opened a Bible because that same pastor uses wall projectors to teach Scripture on Sunday morning?!!
-  What if I prayed more than 7 minutes a week, which BARNA found out about us - The Body of Christ (the majority of US Pastors are only slightly better - 10 minutes per week!)
-  What if I reached out more and more to the lost, hurting and weary?


Could, should and would I learn from any shortcomings from the above and seek to immediately improve on my Walk with Jesus, as soon as possible, in 2012? This would be the mark of a true woman or man of God!

Could, should and would I get more involved in doing whatever I can, no matter how little, if there is a food drive at work to feed the poor or help those in need after a flood or tornado? Don't wait to do this by thinking someone else will pick up the slack, my friends! YOU are the person Christ gave all for! Therefore it's time for YOU to step up!


While all of the above is fine, if we do not have LOVE, we have nothing. We can do all of the above and write big checks or volunteer at every soup kitchen, but if we are a fraud at home, where rubber meets the road....well.....forgeddaboudit!


Consider this: if your teenage son or daughter have nothing good to say about you, or your spouse thinks you love yourself and your happiness more than her and your children, well then what are you going to do to change/improve that in 2012?


No amount of good wishes, "Happy New Year's" and resolutions will change the facade of perfection we have created in such an instance. If we are the real deal at home as we are in public, well PRAISE GOD for that...and may we grow from strength to strength.


However, if we need the Hand of the Lord to work on this one part of our lives, well then, let's get to it now....because this is the one which affects our walk with Christ and our community, in the final analysis.


In conclusion, long after we have gone through all the "What ifs" and evaluated our personal walk -whether it is in darkness or light - we will do well to embed the following Bible passage into our consciousness on this final day of 2011 and then allow it to take us into 2012 with all Flags Flying the Jesus Colors....and with that - HAPPY NEW YEAR!

Brothers, I do not consider that I have made it my own. But one thing I do: forgetting what lies behind and straining forward to what lies ahead, I press on toward the goal for the prize of the upward call of God in Christ Jesus.

GOD BLESS YOU BROTHER LUTCHMAN AND KEEP UP THE GOOD WORK.
YOUR'S IN CHRIST,DAVID SODEN

@ Brother David,
Thanks for the nice comment bro! It's great being a servant of the Living God!

@ Jess,
Blessings to you dear Jessica! Thank you for thinking of me! You're very kind! I pray all is well with you and your kids and you had a nice Christmas! :-)
I wish you peace and joy in your soul, Jessica
Bernie