ALTERNATIVE TO THE BOY SCOUTS OF AMERICA?

Whoever causes one of these little ones who believe to stumble, it would be better for him if, with a heavy millstone hung around his neck, he had been cast into the sea....Mark 9:42 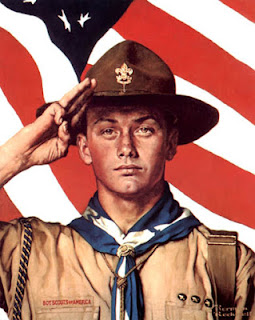 So here we go again - yet another traditionally honorable institution which affects millions of families and young men in America - is about to be destroyed by men who have sold their souls to the social mores of the times; the pressure of selfish hedonist people and even, political leaders. This follows hard on the heels of people in authority ordering the Publishers of God's Word - the Tyndale Bible folks of Illinois - to pay for contraceptives and abortion pills!

There is no concern for the lives, emotional well-being and religious beliefs of the 99.9% of the families involved. Then with tin ears and no discernment, the leaders of the Boy Scouts of America (BSA) down in of all places - Texas - had the nerve to attempt to wiggle out of their outrageous decision by throwing the "states rights" type of proposal. Here is what their statement said on January 28, 2013 "BSA members and parents would be able to choose a local unit that best meets the needs of their families. The policy change under discussion would allow the religious, civic, or educational organizations that oversee and deliver Scouting to determine how to address this issue. The Boy Scouts would not, under any circumstances, dictate a position to units, members, or parents. Under this proposed policy, the BSA would not require any chartered organization to act in ways inconsistent with that organization's mission, principles, or religious beliefs,"  Deron Smith, BSA Director of Public Relations said to the CHRISTIAN POST.

That politically correct statement means absolutely nothing. All the BSA corporate leadership did here was open up poor little churches who host their local sons in troops, inside their buildings, endless targeting by the same people who caused this change in direction. There will be lawsuits filed against them by these people, who care not a wit for any boy scout because their focus is their own agenda. In towns and cities where there is no local church to host, Boy Scout troops will be thrown out of public buildings like schools, community centers etc unless the local Scout Leaders compromise their beliefs and their troop's moral integrity to the current prevailing ill-winds.

So what should the response be?

Well, thank God again, for the Southern Baptist Convention (SBC). Along with a few other people, including Cardinal Dolan of New York, the SBC has stood strong and exposed the BSA for trying to get them (the SBC) to not oppose this.  Therefore, first expect and massive exodus from the Boys Scouts of America. Expect several scouts, including current and past Eagles, to turn in their badges. While the political leadership shows its consent by its silence, the people will not allow their children to be used as pawns in this rigged chess game. 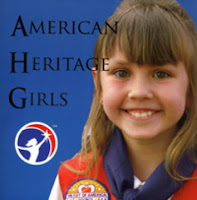 Secondly, it will not be long before enterprising Americans - who are Christians and grounded in traditional values - will create a new private organization like AMERICAN HERITAGE GIRLS (AHG). The AHG is growing by leaps and bounds ever since they rose out of the ashes the once thriving Girl Scouts of American when of a huge numbers of families who left. The Girl Scouts have been way ahead of BSA in selling out to the world. They allowed their troops to replace the word "God" from their guidebooks and banned even generic prayer. There are other controversies which are not worth mentioning here.

The new Boy Scout Organization have a template to follow here from AHG, which was founded by parents of West Chester, Ohio! AHG is now in 48 states and 7 other countries.
Here are some of the timeless and God-fearing values of American Heritage Girls, which will help families who will leave in an massive exodus from the Boy Scouts of America, in the very near future:

Purity – An AHG member is called to live a life of holiness, being pure of heart, mind, word and deed, reserving sexual activity for the sanctity of marriage; marriage being a lifelong commitment before God between a man and a woman.

Service – An AHG member is called to become a responsible member of their community and the world through selfless acts, which contribute to the welfare of others.

Stewardship – An AHG member is called to use their God given time, talents and money wisely.

Integrity – An AHG member is called to live a moral life, demonstrating the inward motivation to do what is right, regardless of the cost