SO, FATHER, JUST WHO IS HE? 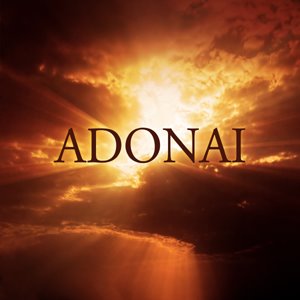 Yesterday, we examined the First of Ten Commandments of the Moral Law, which is written on every human heart who ever lived. Today, just briefly, I wish to take a look at just WHO was it who gave that Law to Moses on Mt. Sinai...and WHO was it Who led up to four million Israelites out of Egypt in the Great Exodus! The reason that THIS is important is we MUST know WHO this God is that says He is to be God above all those other things man call god!

They missed it! THEY MISSED IT! The Jews not just missed it in the Wilderness for forty years and were destroyed except for their children, Joshua and Caleb, but they missed it 3500 years later when Messiah showed up in Jerusalem for His three years of ministry! He was prophesied about throughout the entire Old Testament and especially in this verse below....but they missed Him!


Who has ascended to heaven and come down?
Who has gathered the wind in His fists?
Who has wrapped up the waters in a garment?
Who has established all the ends of the earth?
What is His name, and what is His Son's Name?
Surely you know!
(Proverbs 30:4 ESV)

How can a seemingly religious people miss the fact that the God of this Universe has a Son - whose Name is Adonai? Well, do we miss it too? We can talk as much as we want about them, and we KNOW WHO HE IS, and we too miss it! We sing about Him, write about Him, call on His Name, PRAY in His Name....some pagans even cuss in His Name, liberals and heathens are trying to stamp out His Name in the public square....but friends, as His followers, do we miss just Who He really is and what He should mean to us?

My dear brother Doc, a spiritual mentor to me as an older man in the faith, was talking to me yesterday about the Gospel of the Kingdom. I exhort you, as well, to read Matthew Chapter numbers 23-25 and ask the Lord, I mean Adonai, to not just reveal to your own spirit (who is indwelled by HIS Spirit if you are saved) not just what those 3 chapters mean...BUT AS YOU READ ASK "SO, FATHER, JUST WHO IS HE?!!!"

Email ThisBlogThis!Share to TwitterShare to FacebookShare to Pinterest
Labels: adonai, exodus 20:2, freedom, God, liberals, Moses, pillar of fire, proverbs 30:4, slavery, the One True God, the Son, Universe, who is he, who is jesus

What an encouraging thought, that Jesus Himself has led His people all the way.

I have done a pretty fair amount of study of the Israelites from the time they left Egypt through their arrival on the borders of the Promised Land, as this is the focus of my most recent Vacation Bible School program. I love how often Jesus, our Saviour, is represented--and in so many ways, so that we all should be able to get the message!

The Hebrew is not something I am familiar with, but I appreciate your reference to Adonai. I looked up one Hebrew-to-English translation online and noticed the verse read "I the L-rd, am your G-d..." A slight variation on the King James I am used to...very interesting. I have read your last post, too, and am looking forward to the next.