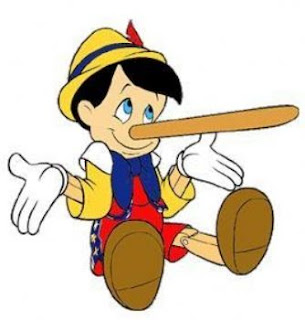 You shall not bear false witness against your neighbor (Exodus 20:16)

This 9th Commandment is more than just an exhortation to always deal truthfully with others.  We should ALWAYS do that. Jesus said "out of the abundance of the heart, the mouth speaks" (Luke 6:45). Shakespeare, a follower of Jesus, said "This above all: to thine own self be true, and it must follow, as the night the day, thou canst not then be false to any man (Hamlet Act 1 Scene 3)!

So why does God put such an emphasis on Truth that He made it a permanent Commandment and once which endures throughout time and eternity? Well, God is Truth and there is no deception, turning or floundering around with Him. He says what He says and He says exactly WHAT He means to say!  God is not a man and therefore, cannot lie. When the Son of God - Jesus - stands up in John 14:6 and says "I am the Way, the TRUTH and the Life", you can literally take that as "Gospel" Truth!

This is more than the silly season in America. We are all used to politicians who would say and do anything to be elected to the office of their choice. What is unusual, in the current assault on the Truth, is the disgusting level of deception and distortion in current political advertising! It is not just that but the arrogance and sin of those who, when blatantly caught in lies, but that when called openly on it, they double down and refuse to correct it. Politicians and their campaigns are not alone in this. The American mainstream news media is right up there with them, and thus news anchors from NBC/ABC/CBS/CNN etc as well as their print media, are trusted lower than Used Car salesmen! The level of accountability to Holy God on Judgment Day for these people will be staggering!!! That is, unless they repent of all this wickedness and put their trust in the Savior - Jesus Christ. 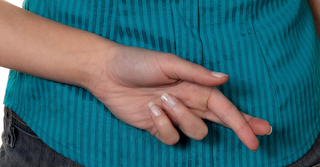 Let me tell you how serious God is about lying. A certain well-to-do couple took it upon themselves to sell their property. Apparently, in order to make themselves look good (pride), they promised the brethren of this new group called "the church" or believers in "The Way" (as in the Way, the Truth and the Life - or Jesus), this couple promised to give ALL the proceeds of the sale. This was a practice of the first set of Christians right after Jesus rose from the dead and went back to Heaven in plain sight of all He chose.  Not to be outdone, Ananias (which is Hebrew for GOD IS GRACIOUS) and Sapphira (Aramaic for BEAUTIFUL), apparently were a very rich couple, as not many owned land in such a tightly populated area as Judea of the first century. There were the type of couple in our churches who would wear the best from Bergners daily, drive BMW's or a Lexus and have condos in Florida. Everybody must have loved them, but they committed a fatal error - this promise bore false witness to their neighbors, brothers, sisters and friends in this New Faith in the Messiah Jesus!

The Bible picks it up here:
"But a man named Ananias, with his wife Sapphira, sold a piece of property, and with his wife's knowledge he kept back for himself some of the proceeds and brought only a part of it and laid it at the apostles' feet. But Peter said, “Ananias, why has Satan filled your heart to lie to the Holy Spirit and to keep back for yourself part of the proceeds of the land? While it remained unsold, did it not remain your own? And after it was sold, was it not at your disposal? Why is it that you have contrived this deed in your heart? You have not lied to man but to God.” When Ananias heard these words, he fell down and breathed his last. And great fear came upon all who heard of it. The young men rose and wrapped him up and carried him out and buried him.
After an interval of about three hours his wife came in, not knowing what had happened. And Peter said to her, “Tell me whether you sold the land for so much.” And she said, “Yes, for so much.” But Peter said to her, “How is it that you have agreed together to test the Spirit of the Lord? Behold, the feet of those who have buried your husband are at the door, and they will carry you out.” Immediately she fell down at his feet and breathed her last. When the young men came in they found her dead, and they carried her out and buried her beside her husband. And great fear came upon the whole church and upon all who heard of these things. (Acts 5:1-11 ESV)

I included the entire 11 verses here to show us, including myself, that God puts a premium on Truth telling. Leave those who lie from the highest offices in the land - from pastor to president of anything to the guy working at the gas station - leave them to God. You and I should ensure that our Yes should always be Yes and our No's be no. The Word promises that ALL LIARS will have their place in the Lake of Fire. We have all mis-represented the Truth in our lives. We have all shaved edges off stories to make them look better. We have this nature in us, which will not be done away with, until we die and move on to be with the Lord, if we are truly saved.

I urge us all to take stock of what we're saying, writing, posting on Facebook/Twitter etc, because God will hold us to account and especially, if it causes another to stumble and does not line up with the Truth.  Were Ananias and Sapphira saved? Yes. They were used by the Lord as an example of what could happen to us if we violate His Trust in us, as His children, and slip up. The consequences can be horrible.  It is a fearful thing to fall into the Hands of the Living God. But remember this - The Lord disciplines those whom He loves and the fact of the matter is this - GOD LOVES US and does not want us to sin and break His commands....and that's no lie!

Email ThisBlogThis!Share to TwitterShare to FacebookShare to Pinterest
Labels: 9th commandment, acts 5:1-11, ananias and sapphira, exodus 20:16, liars in the lake of fire, lies, political advertising, tell the truth, to thine own self be true, you shall not bear false witness