GOD IS NOT YOUR CUSSWORD, USE YOUR OWN NAME 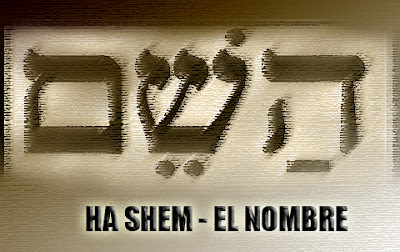 THE NAME!
You shall not take the name of the Lord your God in vain, for the Lord will not hold him guiltless who takes His name in vain...(Exodus 20:5)


This is such a profane and corrupt society and it seems as if there are no boundaries left in America. We can blame the culture primarily - mainly the movies, TV and music, but we share a lot of the culpability. We are partly to blame because we have allowed the frog to boil slowly. We did that by compromising here, shaving there, little here, a little there...and before you know it, we have all kinds of people, including a cussing pastor in Seattle, blaspheming the Name of the LORD, my God!


Here is just as a simple and obvious reminder to all of us: it shows just how serious Jesus and the Father are about taking the Name of the Lord - not just in vain (as in "OMG" and worse) but how EMPHATIC He is about it. We know that from the very first line of the LORD's PRAYER: "OUR FATHER, WHO ART IN HEAVEN - HALLOWED (HOLY, MAGNIFIED, GLORIOUS...AND MORE) IS YOUR NAME!


The ancient Jews/Hebrews/Israelites so revered the Name of God (or G-d), they would not even call Him Jehovah or YahWeh! They would call Him - HaShem! All that means is -"THE NAME"!  In that Biblical culture especially, a name is given to you to describe not just WHO you are, but your attributes and characteristics! Because there is no one greater than God, all He has to say, as when Moses asked Jesus "Who should I say sent me?" and Jesus replied "....I am that I am sent you" ...or...YahWeh (Jehovah)!


HaShem is so righteous, powerful and all-knowing, that the Hebrews dare not blaspheme Him and would not even dare go there, even to this day, in the religious orthodox areas. Western culture seems to have no problem blaspheming the Name of the Lord - in conversations; songs; all kinds of multimedia and even from the pulpit. It flows out of an unredeemed people's mouth like nobody's business. In the office, in the factories or diners, His Name is a cuss word, an exclamation point and worse...everything except Who and What He, HaShem...REALLY IS, Hallowed be His Name!


But God, has promised in the verse above, to hold us accountable for not just everything we say and do, but especially for this offense. As I was meditating on this verse yesterday and what it means, I asked the Lord to please forgive me for everything I have ever said out of line in the past. I repented right there and there for following the world and using His Name in the specific circumstances He brought up to my mind from over 30 years ago, even! Repentance is a purifying thing, my friends.


Finally, just one tip, instead of saying "OMG" in a text message or something, why not say "OMW" (Oh my word)....that way, you and I would not be taking the Holy Name of the Lord in vain! Amen

Thank you for this, Bernie. You are so right, and it was brought to my attention a couple of months ago that I carelessly was saying OMG. My eyes were opened and I repented of it to the Lord. I never meant anything bad by saying that. It was just a bad habit. But I like your suggestion of saying OMW instead.