The typical image of Spain, “flamenco” dance, bullfights, “tapas” and the processions of Holy Week, only gives a small idea of the nation's diversity.
Spain has four oficial languages, two major cities of almost equal importance and a diversity   of landscapes greater than in any European country which make of Spain a fascinating country. It is the third largest country in Europe and the distances are long butSpain has a reliable rail network, good roads and bus services. 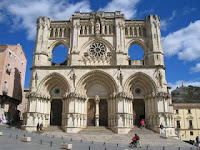 Separated from the rest of Europe by the Pyrenees, Spain extends south to the North African coast and is bordered by the Atlantic Ocean and the Mediterranean Sea. Its climate and landscape vary dramatically, from the snowy peaks of the Pyrenees through Galicia's green pastures and orange groves of Valencia, to the dry southern regions.
In the middle ages after the Christian reconquest, there were several governors who tried to impose a common culture but contemporary Spain remains a nation of great cultural diversity, where several regions have strong feelings about their own identity.
Catalonia, Basque Country, Valencia, the Balearic Islands and Galicia have their own language which they use every day, in some regions more than in others and, in some cases; it has replaced the Castilian language (known as Spanish) as the first language of the autonomous region.

It is a country with complete freedom of worship but Catholicism continues to exercise a powerful influence on Spanish society.

Spanish citizens are famous for their sociable, friendly nature and his zest for life. They invest the same energy in enjoying life than at work. The popular stereotype of "leave it for tomorrow" is already a myth hardly to find today.

The day in Spain is much longer and at dawn, the streets are full of people continue having fun, especially on weekends.

Eating out is an important and popular social activity in the country, and friends and family often gather on terraces and restaurants to chat and eat. 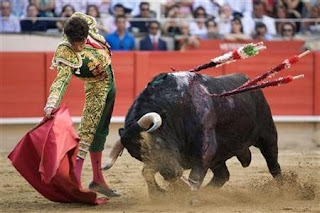 Spanish society has been always supported on the family institution. In the recent past, the lack of efficient social services forced the Spanish to seek support from their families instead of institutions, when searching for a job or help in case of trouble. So no wonder why three generations of one family lived under the same roof. It is now common to hear from people living in the city how they speak about their village, from which their family is from and they keep visiting it as often as they can.
Madrid, capital of Spain, is a city of over three million inhabitants and is situated near the geographical centre of the country. The city's origins date back to 852, when the Arabs built a fortress near theManzanares River and created a small community around. However, it was not until 1521 that the city got the capital of the nation.
Over the following centuries, first under the Habsburgs and then under the Bourbons, the city incorporated notable monuments such as the magnificent Plaza Mayor and the Royal Palace. At the same time, the burgeoning Madrid attracted renowned Spanish artists, such as court painters Velazquez and Goya, whose works can be admired in the Prado Museum.

Madrid population is a conglomerate of people coming from all Spanish regions and other countries. Barcelona competes in importance with the capital in the field of commerce, sports and art.In the last fifty years, Spain has suffered numerous social changes.


During the first half of the twentieth century was a country of rural character. Gradually, the people were migrating to cities and depopulated rural areas. The sixties brought the launch of a spectacular economic growth, partly due to the exploitation of the tourism industry. Since thenSpain has come to play an important role in Europe and worldwide.
Many tourists visit Spain only for its beaches but there are an increasing number of tourists attracted by the rich cultural heritage of the country.

The most popular destinations are Madrid and Barcelona, which have important museums and an interesting medieval and modern architectural legacy. Also popular are: Seville, Granada and Cordoba in the south, where the visitor find the relics of the last Arab country.