THOUGHTS ON THE AMERICAN AND FRENCH REVOLUTIONS 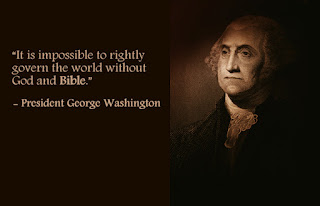 Today, on July 14 1789, French Revolutionaries stormed the gates of the Bastille prison in France. It began what is known as the French Revolution and led to the absolute monarchy of Louis XVI being deposed.  It is also the event which gave the world the beheading of Marie Antoinette, for allegedly saying of the peasants "Let them eat cake".

The French Revolution was modeled after the successful American Revolution which led to Independence in 1776 and the removal of the British monarch as well from this country, and the thirst for new birth of freedom and democracy. However, here is where the similarities basically stopped. Whereas the United States was and is founded on a set of principles, based on Judeo-Christian ethics and morality, the French were, well, the French!

Our freedom in the West was sown into the fabric of men's souls by the Bible, Religious Liberty and the following, among many other giants: the Pilgrims; the Puritans; Jonathan Edwards; George Whitefield; Samuel Cooper and the great preachers of personal and literal freedom. British born atheist Tom Paine's "COMMON SENSE" was a secular philosophical impetus for the America Revolution. However, once that was over, he left these shores and showed his true atheist colors in France!

While Paine was the great pamphelteer and encourager of the US effort, he quickly became the man who introduced secular humanism in Europe (through his book THE AGE OF REASON). Europe is the way it is today, because of Thomas Paine, primarily, and others like him. Here is part of what Paine wrote in this book "I do not believe in the creed professed by the Jewish Church, by the Roman Church, by the Greek Church, by the Turkish Church, by the Protestant Church, nor by any Church that I know of. My own mind is my own Church. [Thomas Paine, The Age of Reason].

It was not just Paine, who not surprisingly fell from grace as a hero in the newly formed USA, after the French Revolution, but the famous French writer Voltaire. Voltaire's entire purpose in life was to dismantle Christianity and do away with the bible. He once said "Christianity is the most ridiculous, the most absurd and bloody religion that has ever infected the world.

Within the past two weeks we will have celebrated both Revolutions - American and French. While the condition of America is approaching reprobate status and we are in need of national repentance and prayer, it is more likely to happen in US. This is because of the powerful Christian underpinnings of this country. The seeds of atheism took hold long ago in France, a country where less than 2% of that country are real believers in Jesus Christ.

As we face drought, hopelessness, desperation and depression here in the US, again caused by godless men and women, we are STILL clearly at an advantage on this French independence day. Whereas the bloody guillotine became identified with their French Revolution, we can take comfort in our TWO EDGED SWORD -the powerful Word of God - the Bible!

America can emerge from this present danger by falling on our faces in Repentance and crying out to God. France cannot do that because it has been overrun by people from the religion of peace, who want another Caliphate in Europe. America, or more truthfully, a large minority of Americans know that salvation and peace only comes from the God of the Christian Bible. France, with its Jacobins and Voltaire, tried to literally destroy the church...and they succeeded, but only for this age.

Therefore, ponder the following short verses and thank God for Biblical Christianity and Religious Freedom in the West. Then, unlike Voltaire, many who are not saved, still have time to Repent and put their Trust in the Savior and accept Jesus as Lord. Why? Well, listen to Voltaire's last words before he died "my feet are on fire!"

Blessed is the nation whose God is the LORD, the people whom He has chosen as His heritage....Psalm 33:12