I will never forget your commandments, for by them you give me life....Psalm 119:93 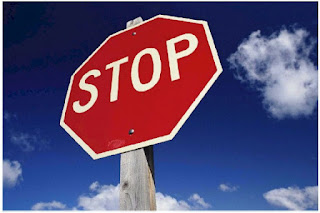 The purpose and intent of Law, any law, in its generic sense, is a body of rules of action or conduct prescribed by controlling authority, and having binding legal force (according to Black’s Law Dictionary, Sixth Edition, page 884). In plain English, the purpose of law is to maintain an orderly society.


A deeper look here on the Ten Commandments and its role in our lives is needed. Of late, the misconceptions over the Ten Commandments are astounding.  Some have made an icon and a Cause out of the stone tablets, while not obeying the ENTIRE word of the Lord. In light of the sad state of modern evangelism and preaching, we have professed Christians who think they are saved by "TRYING" to obey the Ten Commandments. Why people who go to church week after week would think that is a testimony to horrible church leadership who do not preach sin, repentance and Grace.

God's Law IS a big list of behavior we should never engage in, as a person or in wider society. What part of "Do not Steal" or "Do not Covet" or "Do not commit Adultery" or "Do not commit murder" is wrong? None of it. Those precepts, statutes or set of LAWS are meant not just to maintain order in our lives as citizens, but they are STOP SIGNS to protect us from ourselves! Yes, they are!


The Old Testament contains 613 laws, of which 603 were ceremonial laws. While those 603 do not apply to the Christian, if you read through them all, you would comprehend God's thinking behind them. For instance, the eating of things like shrimp etc is forbidden because shrimp has the most bad cholesterol of all seafood. That is just one example.


The Ten Commandments or the Moral Law is also given for our health and well-being. "Thou shalt not commit adultery" is a good example. It is not just morally wrong and a violation of one's wedding vows before God, but one can pick up diseases and the incidence of heart attacks among men who cheat on their wives with other women is higher than the average married man!


"Thou shalt not commit murder"....a young woman who has an abortion and rids her body of a living baby in her is more likely to get breast cancer than the average woman who does not do this....and on and on.


God's Ways and His Thinking is beyond us. Let us trust Him, bow down to Him, obey Him and He will let us live! So the next time you and I come to a Stop Sign, whether it is a traffic sign or a limitation from the Bible, which we know in our spirit is from God - STOP! That Stop Sign, the Law, was put there to preserve our lives!


TOMORROW: THE FIRST COMMANDMENT
(images by google)
Posted by The Bernie Lutchman Blog at 7/31/2012