WORD OF THE DAY - DISSIPATION 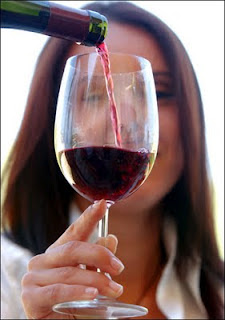 This is a new occasional feature - "MUSING....WORD OF THE DAY". It involves a word from the Scriptures which we use in everyday life, most times oft, without thinking.  One such word is Dissipation.

Merriam-Webster's Dictionary describes dissipation as "wasteful expenditure; intemperate living; especially: excessive drinking. It is also defined as an act of self-indulgence. Ephesians 5:18 NASB, it reads like this in modern English "And do not get drunk with wine, for that is dissipation, but be filled with the Spirit".

Now the actual original Greek word for "dissipation" is "asótia". This carries the connotation of being a barren spiritual waste-land because of extreme behavior. This is not just from the physical extremes of what some christians practice today - drinking to excess, but engaging in just as harmful spiritual extremes which harm the testimony, not just of the believer involved, but of the Name of Christ!

In the physical, what does it profit the lost and  hurting if someone were to see a Christian man or woman whooping it up in a bar, knocking back beers or worse, and then walking piously in their business khakis in the office the next day? Yet some of our mostly younger christians think nothing of it.  They balk at no invitation to join the office gaggle down at the local watering hole on Friday after work, to "wind down". 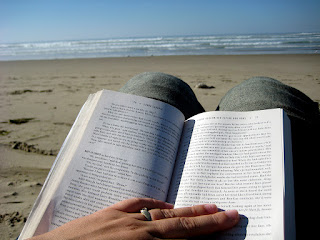 The Apostle Paul, in the Bible, recommends we walk soberly and with discernment and beyond reproach and not be drunk with alcohol. We are instead to fill every fiber of our beings, if we say we are His, by pouring so much wonderful teaching, worship music, prayerfulness and Godly fellowship into our moment by moment lives, that the physical drink we partake of will be just a sip of water or coffee to "wet our whistle" so that we can keep talking with impunity about our Lord. That does not mean to act like a jerk and hit people over the head with a Bible. It does mean the opposite of Dissipation, which requires self-discipline and dignity.

So our Monday Musing is to think on this - how can I avoid causing someone else to stumble? You may be like me and not drink alcohol, but how about eating to extremes and packing on the pounds at potlucks or fast food. This is also an extreme. How about extreme conversations about politics where one may cry down this or that political leader with others, instead of just walking away and letting God handle whatever situation.
How about talking about inappropriate movies...that too is dissipation!