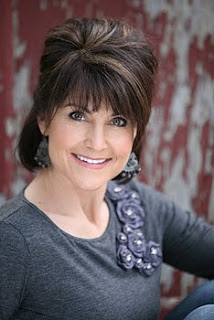 "As you come to Him, The Living Stone, rejected by men but chosen by God and precious to Him - You also, like living stones, are being built into a spiritual house to be a holy priesthood". 1 Peter 2: 4-5
Read 1 Peter 2:2-10
God’s timing is perfect! Not an accident or coincidence. At this time each year the events of Resurrection Week repeat over and over in my mind…  like Jesus’ arrest, His trial, the floggings and the taunting, the crucifixion, His burial and His miraculous resurrection. Dramatic scenes from The Passion of Christ recur time and again. Realizing Jesus took on the sins of all mankind and conquered Satan forever, humbly brings me to my knees. Praises flow. Gratefulness oozes.
The living stone. Living stones. These phrases bounced off the page as I read this passage. Immediately my thoughts turned to Jesus’ tomb. In Mark 15:46 it says, “And he placed Him in a tomb cut out of the rock, and rolled a stone against the door of the tomb.”
Digging into the Greek we find:
Let’s think about this for a moment. Jesus was placed in a hollowed out, cold, darkrock. For security measures, a heavy stone was placed at the opening of the tomb. It’s at this point we almost hear a crescendo playing in the heavens. For the followers of Jesus, the next three days must have felt like a lifetime. Imagine on the third day, the three women approach the tomb discussing who would move the stone from the entrance. To their amazement, the stone was already rolled away! The once dark and gloomy sepulcher is now physically filled with the morning sunlight. Spiritually the grave is overflowing with the light of Christ! Why? Because, Jesus came back to life in the deadness of the rock, rolled the stone away, and conquered Satan forever and ever! Amen!
Now comes the fun part… piecing the symbolism, metaphors and heart of scripture together. I find it interesting that Peter calls believers Living Stones who are empowered by The Living Stone—Jesus. I feel excitement brewing! Again we seestone means the same as the stone that blocked the tomb. One more vital point, Peter was the first disciple Jesus called to follow Him. At that time his name was Simon, which Jesus renamed to Peter, which means a rock or stone. Wow, we are on to something!
I see a theme developing. After Jesus died, they laid Him in tomb where a largestone blocked the entrance. No way in, no way out! But, nothing halted God’s ultimate plan—Jesus rose from the dead and rolled the stone away giving free access inside. In a split second, Jesus became, "The Living Stone – rejected by men but chosen by God…” Peter (a stone or rock) goes on to say, “As you come to Him you also, like living stones, are being built into a spiritual house to be a holy priesthood…”