THE CHRISTMAS STAR & PANIC IN JERUSALEM! 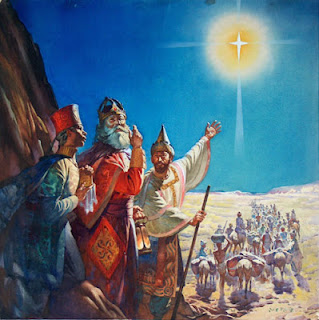 Sometime ago I wrote a post headlined "THEY IGNORED HIM...." which is based on what the Bible says about a very minute detail of the Maji (or wise men) from the East's encounter with King Herod. Please recall with me, the stunning fact that the high priests of Israel and their flunkies actually KNEW WHERE the Messiah was going to be born "Bethlehem" but then they just haphazardly just confirmed it to Herod! Not just that, but using their head knowledge of the Scriptures, they told the facts...but forgot they represented God! Then they went back to their private business playing "church". I explained in that post how "They Ignored Him" then and why nothing has changed now!

These priests were as responsible for Herod committing atrocities against every two year old boy, by giving him the exact location of the Blessed Event! They even went back to their routines as the foreign born Magi came to the Jews own backyard, told these same religious goofballs of their own Messiah's Star!!!!

CLICK HERE TO READ PREVIOUS POST: "THEY IGNORED HIM....."
THE CHRISTMAS STAR
Now here is the kicker! The Jewish high priests, scribes, pharisees and teachers of the Law...KNEW THE LAW! They KNEW that NUMBERS 24:17 PREDICTED "I see him, but not now; I behold him, but not near: a star shall come out of Jacob, and a scepter shall rise out of Israel; it shall crush the forehead of Moab and break down all the sons of Sheth" The Hebrew word for STAR here is "KOKAB"...which is the same word in Matthew 2:2 which the Persian Magi said to Herod and the Jerusalem religious leaders "here is He who has been born King of the Jews? For we saw His star in the east and have come to worship Him."

This verse is the fulfillment of the Numbers 24:17 prophesy! Yet I found something even more outrageous than the post from last week on. Let's read again this following portion of Matthew 2:3 ESV "When Herod the king heard this, he was troubled, and all Jerusalem with him" 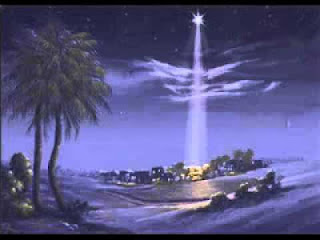 Now, check this AGAIN! God said in Matthew 2:3b "ALL JERUSALEM WITH HIM (Herod)"! It is even WORSE in the original language, my friends! The word ALL in the Greek is "pasa" which means "every piece, all, every part of etc etc"...so that included men like Nicodemus, Joseph of Arimethea, Gamaliel and Saul (later Apostle Paul). All of these church leaders were in cohoots with the corrupt evil killer Herod, to maintain not just their puny little power but their hold on the souls of their misled people!

Here are the same people, who claimed they were looking for their Messiah but hoping he would bring political and economic benefit to them - sort of like modern political leaders - but when mysterious men from the East, whom these same religious geniuses knew were speaking the Truth, appeared with the confirmation of the Numbers 24:17 star....these same so-called "Messiah-seeking" religious leaders...and "all of Jerusalem" - WERE TROUBLED????!! Troubled?!

So they not only sold out the exact location to Herod from Micah 5:2 gave him the intel to do whatever he wanted, once he (Herod) presumably let the Magi unknowingly do his dirty work. Remember this is the same Herod who killed his own two sons because he didn't want them to lose his throne to them as his successors! Why would men, who called themselves Levite priests and followers of Moses and the Law, so evilly disparage and plot against the Messiah like this? Again I say, the blood of those two year old boys whom Herod had slaughtered are as much on the dirty hands of these priests - from Gamaliel to Caiaphas, as it is on Herod's.

The reason why this is so important is we see the same thing today in modern Western Christianity.  We see the same thing when preachers would rather keep their status quo than rock the gates of hell by rugged evangelism and prophetic preaching about the Wrath that is getting set to fall on America and the world.
They are afraid to preach against evil as in the case of the school shootings in Connecticut.
They are afraid to call for national repentance and prayer while watching end times storms hit the north east, knowing it will continue to happen.
They are afraid to call sin for what it is - sin.
They are afraid to hold themselves and thus, national and communities leaders accountable for their actions against God and His Word.
They are afraid to step on toes of wealthy tithers by preaching the prophets and proper eschatology.
They are afraid to stand up for the persecuted church worldwide, and some are like even like the church in Germany which sang louder as the trains with Holocaust victims went screaming by.
In fact, the modern western church is just plain afraid and is a lukewarm pile of spittle in the Savior's mouth (Revelation 3:16). This is the same Savior and Messiah, Whom that same bunch, who loved this world and Herod sold out more than 2000 years ago! Nothing has changed...or as King Solomon said "there is nothing new under the sun"!

SO, is this a message of Hope for Christmas Eve? Well, YES! It is a message of Hope! What the Birth of the Savior in Bethlehem did over 2000 years ago was enable each one of us to be be a minister unto the Lord until Messiah Himself returns to set up His Kingdom in the same Jerusalem, which Herod thought belonged to him! Those of us who love His Appearing and Love the True accounts of Star of Bethlehem and the Nativity of our Lord and Savior are now called "....A CHOSEN RACE, A royal PRIESTHOOD, A HOLY NATION, A PEOPLE FOR God's OWN POSSESSION, so that you may proclaim the excellencies of Him who has called you out of darkness into His marvelous light" (1 Peter 2:9)!

This is second greatest Gift of Christmas and the Birth of Jesus!
The greatest Gift of Christmas is Jesus - He Who saves His people - YOU AND I - from our sins!!!!
The result of this Gift? The result is True Salvation and Eternity in Heaven with the King, Whose Star appears in prophesy in Numbers 24:17 and in reality over Bethlehem in Judea....Whose Star, men from across dark, dangerous deserts over 1200 miles away saw and followed....Whose Star of Wonder, Star of Night we celebrate this Christmas Eve night! Amen.
Posted by The Bernie Lutchman Blog at 12/24/2012

In fact, the modern western church is just plain afraid and is a lukewarm pile of spittle in the Savior's mouth (Revelation 3:16). This is the same Savior and Messiah, Whom that same bunch, who loved this world and Herod sold out more than 2000 years ago! Nothing has changed...or as King Solomon said "there is nothing new under the sun"!

Awesome!! Bernie we are on the same wavelength!! I preached this same message for the Christmas service and emphasized the importance of wicked Herod giving them a reception because of knowing the Position and Power they possessed in having the ability to persuade the thoughts and actions of foreign Kings. Also spent quite awhile on The "All Jerusalem was troubled" including the religious leaders who were threatened by the event. Praise God!!