.....BUT GOD HIMSELF REVEALS TRUTH! 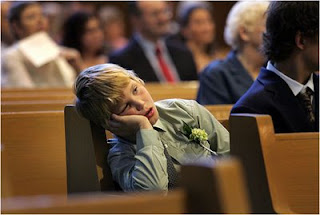 How did we lose our kids - good 'church' kids - to the world when we are the best at playing church. When we have the best electronics and entertainment gadgetry to keep the youth in pews. When we have e-bibles; paraphrased bibles; backpack bibles; water-proof bibles; metal-cased bibles; study bibles; men's bibles; womens' bibles; Pentecostal bibles; bible on dvd; audio bibles, YouVersion Bibles; Gideon Bibles....and TONS OF DUSTY BIBLES ON SHELVES IN AMERICAN HOMES....because nobody is ready them!!!!!! Nobody, that is, except the ONLY 9% of American Adults who have the only view that counts with God - A BIBLICAL WORLDVIEW! It is even worse with our teens/college aged young people. Only 1% of them  read/know/live what the Word of God says!

Back in 2009, Ken Ham wrote the Christian book shocker of the Decade when "ALREADY GONE" hit the book stands. It was an indictment against EVERY adult Christian - leader and parent - who have ever pastored, been a church elder/deacon, or taught in a church in any capacity. I remember buying several copies and handing the book out to Fellowship of Christian Athlete and youth leadership to make them aware of what was happening around us. If you have not read this book, I recommend it again.  This book will depress and sadden you...and if it doesn't, we need a heart check to see if people are really walking in the Light of the Lord!!! For decades, we have been losing our children to the world -RIGHT IN OUR CHURCHES...AND UNDER OUR NOSES....while we pat ourselves on the back. We started losing them  from 8 years and up through youth group, and it began- believe it or not - with Bible stories!


How can simple, true and beautiful Bible stories cause us to lose our children to the world through first the public school and then the college systems? There are several reasons. But what you and I, as mature members of the family of God, should focus on fixing is the sadly broken method of telling a very wise child about the wonderful deeds and wonders of the Amazing God of Heaven! We are not going to get these kids...and young adults, who are more tech-savvy than we are...who know more garbage and evolution than we do....and who can tell us about the mechanics of alternative, deviant sexual behavior which they learned in school...we are not going to make disciples of these youngsters by just telling them a disobedient prophet named Jonah got swallowed up by a big fish and lived under a large leaf, when 100,000 got saved after he (Jonah) preached!

These same youngsters will think we're deluded and old fashioned. They will sit it out with us until they get their drivers' licences and beater cars and can drive themselves to some yoga class, meditate like buddha, drink lattes and then become good little pagans....i.e. lost pagans, too boot! I have been thinking about this as the Word of God has been stunning and amazing me over and over this past month of December 2012! God has continued to give me revelation after revelation. Even while watching an older movie called "The Nativity Story", which is a mainstream accurate Hollywood production, it hit me. We would not know a thing about any of this...and all live and die like fools, if the God of heaven did not look down and send His Son down to live in Nazareth after revealing Him to dirty poor sheep herders and Zoroastrian Persian priests who studied the prophet Daniel!

Why can't we show our young people - from 8-18, that Scripture explains Scripture?
Why can't we shepherd them through richness of the Old Testament Prophets whose writings are more important today than ever?
Why can't we serve up the Full Counsel of God, in Chronological context to our young minds to flesh out the Plan of God for mankind and the not-so-hidden secrets of God, which are right under our noses in those dusty bibles?

Why? Because we have a bunch of lazy, unimaginative and passionless church leaders who are more interested in keeping numbers and their church building turf under their control, than the control of the Holy Spirit is why! Young people see that and want no part of it.

Here are some examples as we wrap up this essay. I know for a fact God exists. I know Jesus is real and the Holy Spirit lives in me and testifies to all three of the Trinity. I know the Word of God - the Bible - is fully alive and sometimes wants to leap out of my hands.

1. So when God said the following in JEREMIAH 15:1 "Then the LORD said to me, “Though Moses and Samuel stood before me, yet my heart would not turn toward this people. Send them out of my sight, and let them go!"
I know Moses and Samuel and the Works they wrote (Moses with the Torah; and the Books of Samuel, in part) are real. Why? Because God said so! He has just told the great (and my favorite prophet of all my other favorite prophets) Jeremiah, that Moses and Samuel are still alive, were once walking on the earth and did pray for their people to be spared. We know that from the ancient Scriptures!

2. Even more exciting is this verse from EZEKIEL 14:14 (ALL FROM ESV): "And the word of the LORD came to me: “Son of man, when a land sins against me by acting faithlessly, and I stretch out my hand against it and break its supply of bread and send famine upon it, and cut off from it man and beast, even if these three men, Noah, Daniel, and Job, were in it, they would deliver but their own lives by their righteousness, declares the Lord GOD"
This is even more exciting! God has just confirmed the existence in history of Noah! All the evolutionary thinking from the secularists and humanistic science about the Great Flood, has been put to the lie here! Then God mentioned a highly favored man - Daniel, who is still buried in the islamic republic of Iran. The great prophet is buried in a huge mausoleum, maintained as a sacred site in Susa, Iran! Susa is one of the very oldest cities in the known world! It is over 3100 years old too!! Job is both an amazing story in the History of Mankind, but he is also believed to be only the very SECOND book of the Bible! There are no tombs for Noah and Job as there are in Persia (Iran) for Esther and Mordecai (see photos here).

3. Not only did God the Father talk about some of HIS Favorite saints here, but God the Son did it too!!! Yes indeed, He did and it was right here: "When the crowds were increasing, he began to say, “This generation is an evil generation. It seeks for a sign, but no sign will be given to it except the sign of Jonah. For as Jonah became a sign to the people of Nineveh, so will the Son of Man be to this generation. (Luke 11:29-30 ESV)!
Again, this is amazing! Jesus Himself is using His Knowledge (which comes from the word out, by lunch or soon after!"

I can do on and on, but we see the issue here - God Himself is quoting His own Work! Well then, THAT GOD, is the GOD I want, need, desire to follow and already do follow for the rest of my life.  If only we could share this fire and zeal for His House to consume us to the point where we have to teach the young ones coming up behind us....if only....we can reverse the trend which Ken Ham found in "Already Gone"!